Since Blanchard emerged on the scene in 1980 with the Lionel Hampton Orchestra and then shortly thereafter with Art Blakey and the Jazz Messengers, he has been a leading artist in jazz. He was an integral figure in the 1980s jazz resurgence, having recorded several award-winning albums and having performed with the jazz elite.

He is known as a straight-ahead artist in the hard bop tradition but has recently developed an African-fusion style of playing that makes him unique from other trumpeters on the performance circuit. It is as a film composer that Blanchard reaches his widest audience. His trumpet can be heard on nearly fifty film scores; more than forty bear his compositional style.

Since 2000, Blanchard has served as artistic director at the Thelonious Monk Institute of Jazz. As of August 2011, he was named the artistic director of the Henry Mancini Institute at the University of Miami Frost School of Music. In the fall of 2015 he was named a visiting scholar in jazz composition at Berklee College of Music. He lives in the Garden District of New Orleans with his wife and four children.

This article uses material from the Wikipedia article “Terence Blanchard”, which is released under the Creative Commons Attribution-Share-Alike License 3.0. 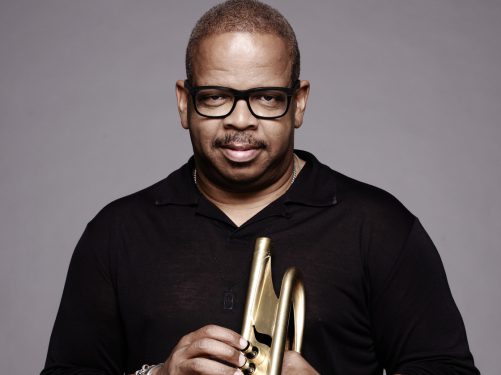 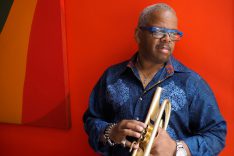 Terence Blanchard discusses his residency experience ahead of UK tour

Today marks the final day of rehearsals before Terence Blanchard…

Terence Blanchard will premiere a brand new suite when he…

This competition is now closed, thank you for entering and…

American jazz trumpeter and composer Terence Blanchard will lead the…