Donny McCaslin discusses his creative development from Blackstar to Blow

More than two-and-a-half years have elapsed since the release of David Bowie’s momentous final LP ★ (Blackstar). As one of its central contributors, saxophonist and composer Donny McCaslin was profoundly moved by the experience of creating it, at what was such a critical yet creative juncture in Bowie’s life. Since the project, creative developments have abounded for McCaslin, who releases Blow, his first studio album since working with Bowie, on Friday. He has written with vocalists for the first time, exploding his approach to composition, as well as manipulating his saxophone sound to achieve new and intriguing tones throughout the forthcoming record.

“I’ve been on the road a lot more since Blackstar came out,” Donny explains, addressing his recent creative development. “One unexpected thing that happened was that I started to feel a new direction coming, or a new idea of where I wanted things to go. It was very unclear at the beginning, but having the chance to be on the bandstand so much and just let my creative imagination go… gave me a lot of opportunity to see where that creativity would take me.”

He speaks to us from his Brooklyn apartment, the very place that he decided to approach Mark Kozelek of Sun Kil Moon about featuring on recent single, The Opener. McCaslin’s friend and collaborator David Binney had introduced him to Mark’s album Perils of the Sea, made with Jimmy Lavalle, prior to mutual friend Tony Scherr introducing McCaslin and Kozelek at an airport in Australia. “We went to the hotel [from the airport] and it turns out we’re staying at the same hotel, so we talk some more, they invite me to their concert that night and I sit in. It’s great, I have a great time!”

Fast-forwarding to pre-production sessions for Blow, McCaslin and producer Steve Wall sit down to discuss music, ideas and recommendations. They happen upon a record by Here We Go Magic, to which Wall responds, “wouldn’t it be interesting to do something where the drama is created by the narration.” As Donny explains, jazz musicians often weave their narrative through expressive playing and improvisation. “How you improvise and how you weave your narrative, is pulling the audience along with you. So Steve was talking about: what if it is actually the narration and not the improvisation. I was like, ‘aw, that’s really neat!’  So that gestated for a while until one day…I thought: ‘Mark Kozelek, he would be perfect.’”

The Opener is one of McCaslin’s most daring, intriguing and rewarding tracks to date. It’s also by no means a one-off collaboration. In fact, it represents the beginning of an evolving collaborative partnership, that has since seen Donny and Mark sitting in on each other’s shows and working together on the 15-minute Day In America, an emotional piece precursory to the structure and delivery of The Opener.

“I had a song in mind,” McCaslin explains, “an instrumental song that I thought would be interesting for a spoken word thing. My management reached out to Mark, he got back to me right away, we got on the phone and he was into it. From that point, we recorded this song of mine in its instrumental form in the studio, but with the intention of sending this to Mark for him to overlay his spoken word part. The song has three different sections, we did a kind of ‘full length’ version, sent it to Mark, then he cut it up to fit the flow of the narrative and sent it back to us. I overlayed some saxophone around what Mark did and that’s essentially how it came together. In terms of his prose… he’s got a journal of these stories, so that’s one that he grabbed out of the journal when he heard the song and thought it would be a good fit.”

Kozelek and McCaslin have since performed the track live, allowing space to develop around the version that was set to record. “You know what’s fun is that he interacts with us. We’re performing the track live and Mark is going with the flow of the narration but then he’ll stop at certain moments and I can interplay with him. I know the big moments when I need to cue the band for the next section…so it’s roughly the same as the record but with more interaction live. He’s [Mark] a really dynamic performer and is open to interplay. He’s somebody that Bowie — I didn’t know this until after the fact — was really excited about. I learned this from Tony Visconti… so that’s just a serendipitous connection between us all.”

In addition to Mark Kozelek’s contributions, Steve Wall and vocalist Ryan Dahle have been key contributors to Donny’s new record. “I knew that I wanted vocals to be a strong component of the new project and the new direction.” Mark confidently states. “As I got further into it and the collaborations started to take shape, the vocal component got larger and larger. I think it was really when I was introduced to Ryan Dahle as a potential collaborator — I listened to a record of his called Limblifter and loved it immediately, he lives in Vancouver so we had a phone call, emailed back and forth and had a really good raport — I sent him various songs that were in process. On Club Kidd… that was the first thing he came back to me with. He had added a chorus that for me, provided a moment of clarity. I just absolutely loved what he had written, I thought that the lyric was so poetic, and that cemented and gave clarity to the direction of the album. That set the tone for everything else for me.”

As significant as the incorporation of vocals however, has been McCaslin’s willingness to manipulate his own sound, with an array of processing units. “It is a new frontier,” McCaslin explains, “it’s something I started experimenting with roughly eighteen months ago. I just bought pedals and figured out a way to do it live in a way that I could carry the gear with me in my suitcase and be able to manage it all. It’s great man, because I was already enamoured with the sonic manipulations that the bass players in my group and Jason Lindner, the keyboard player, does, so I just jumped in and it has become a big part of the live show. I’ve got a clip on microphone that I run through a preamp, which goes to a ring modulator, through a particle divider, into a reverb/delay unit and then goes out to the soundboard. I feel like every song on Blow has a different manipulation of the sax sound. It’s a big part of the record and something that was really new for me. I continue to work at it and I love it, it has just opened up this whole new environment of sonic expression for me with this music, that’s very interesting.”

Without coercion, our conversation naturally gravitates back toward Blackstar, a telling sign of the importance it has had in McCaslin’s development, toward creating this exceptional new record. He speaks of the experience with calmness and warmth, drawing parallels between Exactlyfourminutesofimprovisedmusic, an improvised piece on his new record, and the shared aesthetic that enabled the musicians involved in Blackstar to be expressive within a less avant-garde framework. “What’s really different about this new album,” Donny suggests, “is I had more time to consider the impact of David’s imprint on my life. His fearlessness as an artist, his openness, his disregard for categories, his commitment to realising his musical vision without compromise – all of those things had a huge impact on me. They’re values that I share and things that I’ve striven for. Going through that process of making Blackstar with him, having it be the artistic and commercial success it was and most importantly for me, seeing the joy on his face in the studio as we recorded and talked about it and months later,” (Donny expresses that, despite having heard the album more times than anyone, considering the vocal overdubs, mixing and arrangement, Bowie remained enthusiastic about listening back to it months after the initial recording,) “that whole thing was very affirming to me as an artist. I think it’s that affirmation… that freed me to feel like anything is possible for me now. This album is such a departure and when confronted with that, the fear of what are people going to think, is this going to alienate fans, am I not a jazz musician – all that stuff, when confronted with that kind of doubt at moments, I was overwhelmed by the spirit of fearlessness and the conviction of ‘No, this is what I’m hearing, this is what I want to do, this is what it is to be an artist.’ Going for broke for what you hear and what you think is true, through the music.”

Donny McCaslin performs live at Band on the Wall on 30th October, supported by the fantastic Shunya. 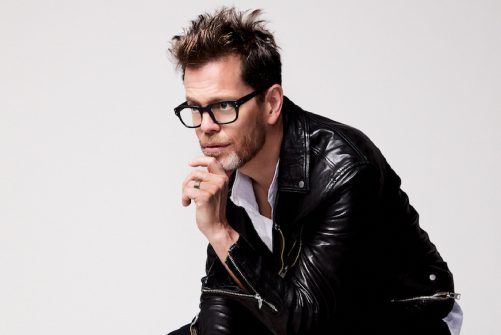 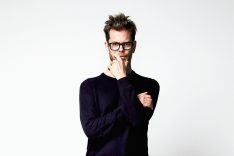 Donny McCaslin discusses the artistry of Gil Evans, collaborating with the Metropole Orkest and more

Though it may once have been, describing the Brooklyn-based artist…

Since her days duetting Under Pressure with the late pop… 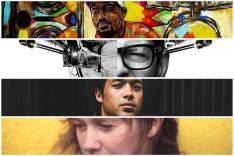