Welcome to the Guide to the Week of Music, a round-up of music news, media and releases from the wide musical world. This week, we speak to Oli Lazarus about the forthcoming Reel People album, which features an incredible cast of feature vocalists. We also check out exciting forthcoming projects from Renegade Brass Band and Ryley Walker, as well as perusing new tracks and videos published online, throughout the week.

Ten years on from the release of their sophomore studio album Seven Ways To Wonder, Reel People have announced their eagerly awaited new offering, Retroflection. The record sees resident vocalist Tony Momrelle joined by eight esteemed guests, ranging from Sharlene Hector to Omar Lye-Fook, each putting their spin on a soul, disco or boogie classic pivotal to the formation of Reel People, some twenty years ago.

‘It was extremely tough-going settling on a final 12 tracks to work on,’ band leader Oli Lazarus told us this week, ‘there were so many options of cuts that have influenced our Reel People story from that defining era of black music.’ Mica Paris opens the record with a powerful take on Alicia Myers’ gospel-R&B jam I Want To Thank You, before Momrelle puts in a breathtaking performance of the Stevie Wonder-penned Buttercup, littering effortless trills and riffs throughout his impassioned performance.

“I think a big part of that final ‘yes’ was my feeling of the track really suiting the featured artist and them being able to bring something fresh to our new version” Lazarus concludes. ‘I am really happy with what we have ended up with and excited for our fans to hear the final tracks.’ Check out and pre-order the release here.

The twelve-piece hip-hop outfit Renegade Brass Band have announced a new seven song release, recorded at the world-renowned Abbey Road studios. Two tracks are available to stream now, including The Sheikh, which we had the pleasure of capturing live during the band’s set at Band on the Wall in Spring 2016. They’ve also shot an accompanying short film to document their session at the studio, gathering insight from band members and session co-producer Nicholas Alexander. The band are asking fans to commit to a pre-order, which will help the group show promoters, shops and distributors that they have the backing of a fanbase who value their physical releases. The group have always taken pride in their recorded sound, especially when it comes to the vinyl pressing, and have had Frank at The Carvery master and cut the lacquer for this vinyl release. Stream and pre-order physical and digital copies here.

Following the release of his gentle, inventive and melancholic Deafman Glance, a record which pushed Ryley Walker to creative extremes during its 12 month gestation, the Chicago-based songwriter has announced The Lillywhite Sessions. The project is a full-album cover of the famous Dave Matthews Band bootleg, which consisted of material from sessions with producer Steve Lillywhite in 1999 and 2000, never properly released but leaked online. Dead Oceans have shared Busted Stuff thus far and will release the full record on 16th November.

Swedish four-piece Hater releases their new album Siesta on Fire records today. An understated and cleverly constructed indie record, its comforting tones have a transportative quality, evoking memories of simpler times. The record was produced by Joakim Lindberg and saxophonist Inge Petersson is a welcome addition the core group. Check out the calming Fall Off below.

Amir Abdullah of 180 proof records has worked hard to reintroduce the music recorded on Charles Tolliver’s Strata-East label in recent years. For over a year, he and BBE have worked on the remastering and research of their new release, a previously unreleased collection of material by Charles Mingus, recorded live in Detroit at Strata Concert Gallery. Abdullah’s discovery is cause for celebration, the recordings taking us inside a week-long 1973 residency that otherwise, would’ve remained unknown to jazz fans. Jazz in Detroit / Strata Concert Gallery / 46 Selden will be released as a 5LP set and you can check out full album sampler on SoundCloud, or the track Peggy’s Blue Skylight below.

On the Corner records announced Battagon Symphony (Rough Guide to Neptunia pt. 1) – an awe-inspiring journey in ‘droid jazz’ by the wholly unique Planet Battagon this week. EP closer Moon Of Dysnomia is available to stream now and will certainly appeal to fans of late seventies Sun Ra and the recent A.R.E. Project.

Jazz pianist Shai Maestro, who played on the first Mark Guiliana Jazz Quartet studio album and has collaborated with bassist Avishai Cohen, releases his new LP on ECM records today. The album features numerous solo piano performances, but it’s with his bandmates Jorge Roeder (double bass) and Ofri Nehemya (drums) that Maestro records new track The Dream Thief and its accompanying video. Shot on an auditorium stage, it captures the essence of their conversations as a trio and showcases their natural comfort on their respective instruments.

Saxophonist Donny McCaslin, who famously contributed to David Bowie’s acclaimed final record Blackstar, released the video for his Sun Kil Moon collaboration The Opener recently. Directed by Marke Johnson, the lo-fi footage centres around a phone conversation, capturing the unusual isolation that can be a reality on the road.

Finally, Fatoumata Diawara released a new video for her track Bonya this week. ‘We all need and deserve respect’ reads its introductory passage, setting the tone for a video which explores domestic tension and the eventual healing of relationships. 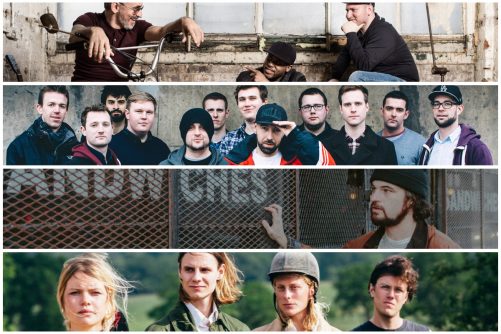 Malian singer Fatoumata Diawara appears at Band on the Wall…

Singer-Songwriter Ryley Walker returns to Band on the Wall to… 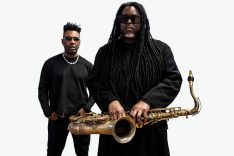