Malian singer Fatoumata Diawara appears at Band on the Wall fresh off the back of the release of her new album ‘Fenfo’ and recent collaboration with electronic group Disclosure on their track ‘Ultimatum’.

Fatoumata started out as a member of her father’s dance troupe and was a popular performer of the wildly flailing didadi dance from Wassoulou, her ancestral home in western Mali.

With the French theatre company Royal de Luxe, she performed a variety of roles around the world including tours in Vietnam, Mexico and throughout Europe. During rehearsals and quiet moments she took to singing backstage for her own amusement. She was overheard by the director and was soon singing solo during the company’s performances. Encouraged by the reception from audiences she began to sing in Parisian clubs and cafes during breaks from touring. Here she met Cheikh Tidiane Seck, the celebrated Malian musician and producer who invited her to travel with him back to Mali to work on two projects as chorus vocalist; ‘Seya’ the GRAMMY nominated album by Mali’s star Oumou Sangaré and ‘Red Earth’ the GRAMMY winning Malian project by American jazz singer Dee Dee Bridgewater. When the albums were released Fatou toured worldwide as singer and dancer with both projects.

She made the decision to dedicate herself to her passion, music. She worked to complete an album’s worth of songs and started recording demos for which she composed and arranged all the titles, as well as playing guitar, percussion, bass and singing lead and harmony vocals. An introduction from Oumou Sangaré resulted in a record deal with World Circuit and the recording of her debut album.
Between recording sessions she found time to collaborate on Damon Albarn’s Africa Express and contribute vocals to albums by Cheikh Lô, AfroCubism, Herbie Hancock’s GRAMMY winning Imagine Project and Orchestra Poly­ Rythmo de Cotonou.

Fatou’s EP ‘Kanou’ debut full length album ‘Fatou’ were released in 2011 to much critical acclaim. The album reached no.1 in the world music charts, where it remained for 6 months. It was also given no.1 in several end ­of ­year album polls, including The Times and Mojo.

Following the release, Fatoumata performed on Damon Albarn’s album and live project ‘Rocket Juice and the Moon’ (Honest Jon’s) which featured himself, Tony Allen and Flea. Fatou also featured Roberto Fonseca’s recent release ‘YO’ and on Bobby Womack’s album ‘The Bravest Man In The Universe’ (XL) which was co­-produced by Damon Albarn and Richard Russell.

Fatou performed as part of Africa Express with Damon Albarn, Baaba Maal, Amamdou and Mariam, Nicolas Jaar, and the Noisettes, amongst many others in 2012. The tour was a huge success, selling out each venue it played in. 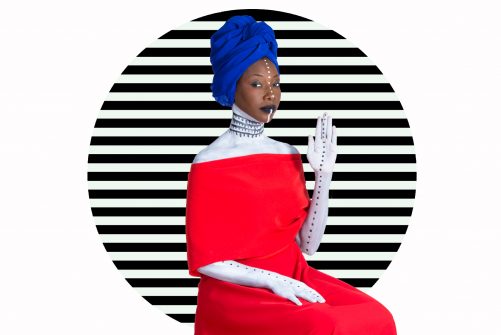