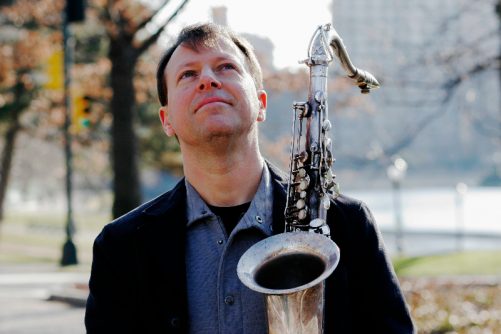 The Jazz Directors Series is a new two-year residency and touring project which brings together emerging UK professional jazz musicians with an internationally revered Jazz Director.

Each tour is a collaboration between Band on the Wall and 4 other independent jazz promoters based across the North of England who will be mentored by the established regional promoter and producer ‘Root Music’.

A potent improvisor and the youngest musician ever to win Denmark’s Jazzpar Prize, Potter’s impressive discography includes 15 albums as a leader and sideman appearances on over 100 albums. He was nominated for a Grammy Award for his solo work on “In Vogue,” a track from Joanne Brackeen’s 1999 album Pink Elephant Magic, and was prominently featured on Steely Dan’s Grammy-winning album from 2000, Two Against Nature. He has performed or recorded with many of the leading names in jazz, including Herbie Hancock, Dave Holland, John Scofield, the Mingus Big Band, Jim Hall, Paul Motian, Dave Douglas, Ray Brown and many others.

For this second edition in the Jazz Directors Series, Potter is performing with the Inner City Ensemble, an evolving group of the UK’s most promising emerging professional musicians, selected through an open call application process.

As we approach the third instalment of the Jazz Directors series, led this time by pianist Zoe Rahman, we thought…

Ahead of four northern dates with the Inner City Ensemble, jazz saxophonist, composer and bandleader Chris Potter has announced seven…

Following an open call for participation and careful selection process, the lineup for the next Inner City Ensemble has been…

We are thrilled to announce that world-class soloist, composer, bandleader and saxophonist Chris Potter will lead the second residency and tour…

Composer, bandleader and saxophonist Chris Potter returns to the UK for the second edition of the Jazz Directors Series this April,…