Since their album release in early 2017 the band have already toured and performed in the UK, Ireland and Germany, winning over fans and critics wherever they go. Past appearances include; The Barbican, EFG London Jazz Festival, the National Opera House (Wexford), Gateshead International Jazz Festival, Turner Sims (Southampton) and Stadthaus Ulm (Germany), with broadcasts for BBC Radio 3 and Radio Bremen (Germany). A second album, ‘Ninety Degrees Gravity’, will be released in Spring 2019. 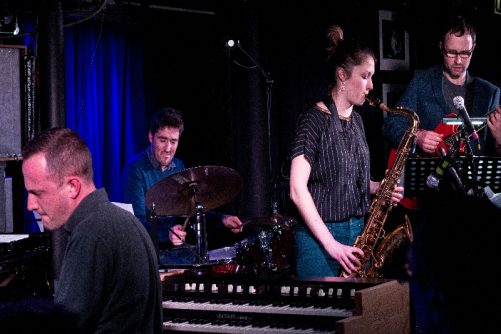