*Please note this show has been rescheduled from 13th October 2019, all original tickets remain valid*

By the time GRAMMY® and Dove® Award-winning singer, songwriter, producer, and multi-instrumentalist and Maroon 5 keyboardist PJ Morton moved back to his native New Orleans in 2016, he had built an unbelievable career.

In addition to boasting collaborations with Adam Levine, Lil Wayne, and Busta Rhymes, his critically acclaimed 2013 offering, New Orleans, earned a 2014 GRAMMY® Award nomination in the category of “Best R&B Song” for “Only One” [feat. Stevie Wonder]. Pitchfork called it, “a smooth and soulful pop/R&B hybrid,” and the record dramatically expanded his influence.

In addition to figuring prominently on Maroon 5’s multiplatinum Overexposed and V, Morton has written and produced for everybody from BJ The Chicago Kid, Jermaine Dupri, and Jazmine Sullivanto Monica and India.Arie, winning a GRAMMY® for collaborating with the latter in 2008. His music has also popped up in films such as Couples Retreatand more.

Fresh from his latest Grammy Award in January 2019, PJ is set to tour worldwide and release his highly anticipated 7th album this autumn.

This is a standing show. Presented by Soulgigs and Biggs. 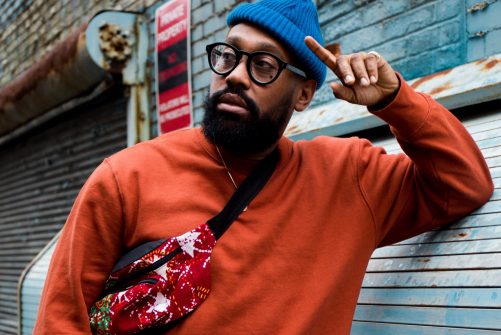