“Martin Speake is one of the most interesting and rewarding alto saxophonists now playing jazz on any continent.” – Thomas Conrad, Jazz Times

Alto saxophonist Martin Speake continues his collaboration on this anniversary tour with US pianist Ethan Iverson. Since first meeting 30 years ago in Banff, Canada they toured and recorded as a duo featured on My Ideal, playing standard ballads just before Ethan toured the world with The Bad Plus. 17 years later, after Ethan left The Bad Plus, they performed and recorded again in 2018 as a quartet with Fred Thomas and James Maddren. The album Intention featured Martin’s compositions and arrangements of Dancing In The Dark and Charlie’s Wig.

For this 2020 tour they are joined by drummer Jorge Rossy, who has collaborated with every significant player in his generation including Ethan for more than 25 years and is most recognised for touring and recording as part of Brad Mehldau’s trio until he left to concentrate on his own piano playing.

Bassist Calum Gourlay completes the quartet. He leads his own quartet and big band featuring his compositions and stunning arrangements of others music. Martin and Calum have collaborated for 15 years in various playing situations and most recently in the group Thelonious with Hans Koller.

“The rapport between Speake and Iverson itself is a thing of exquisite beauty.” – Downbeat Magazine

Martin Speake is one of the UK’s most prominent alto sax players. An award-winning musician, Martin has been at the forefront of the UK jazz scene since the mid 80’s. His projects are many and diverse and include personal interpretations of the music of Charlie Parker, free improvising, playing standards with his quartet and Indian music with Dharambir Singh and Sarvar Sabri. He has recorded 23 CDs under his own name, including the internationally-acclaimed ECM release Change Of Heart with Paul Motian, Bobo Stenson and Mick Hutton and includes work with the likes of Loose Tubes, Bhavani Shankar, Stan Tracey, Bob Wilber, Don Weller, Jim Mullen, Ronan Guilfoyle, Jim Rattigan, Phelan Burgoyne, Alex Maguire, Sam Rivers, and Airto Moreira on a massive cv. He is lead alto saxophonist in the London Jazz Orchestra conducted by Scott Stroman and has formed THELONIOUS to study and learn all the compositions of Thelonious Monk with valve trombonist/pianist Hans Koller, bassist Calum Gourlay and James Maddren. His main creative outlets are a trio with guitarist Mike Outram and US drummer Jeff Williams performing original music and Charukesi with tenor saxophonist Alyson Cawley, guitarist Mike De Souza and drummer Will Glaser playing Indian/Arabic/Turkish inspired groove music.

Martin is a committed jazz educator and in addition to Trinity Laban Conservatoire of Music and Dance he teaches at the Royal Academy of Music, Guildhall School of Music and Drama and the National Youth Jazz Collective Summer School. He was external examiner at Birmingham Conservatoire for several years and also taught at Middlesex University.

This is an unreserved mixed seating and standing show. 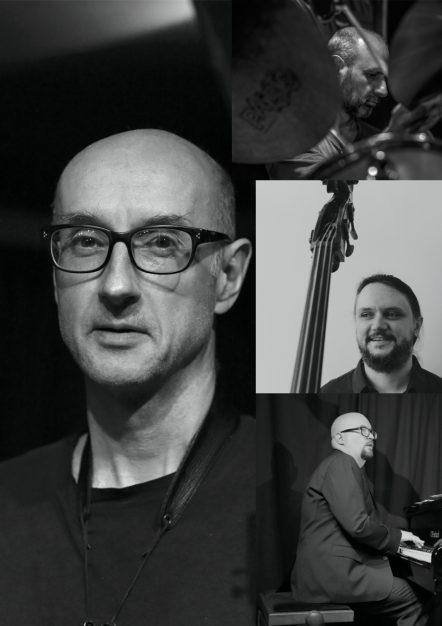