Tweet
For the celebrated saxophonist and composer Martin Speake, musical development is a lifelong journey. His journey thus far has been one of study, travel, listening and helpings of good fortune, all of which have shaped him into “one of the most interesting and rewarding alto saxophonists now playing jazz on any continent” according to Jazz Times’ Thomas Conrad. Ahead of his return to Band on the Wall in February, leading an international quartet featuring pianist Ethan Iverson, bassist Calum Gorlay, and drummer Jorge Rossy, we had the pleasure of speaking to Martin about his introduction to his instrument, relationship with the aforementioned players, and what keeps him focussed on his practice at this stage in his career.
“My mum used to play a lot of records,” Speake explains, addressing how music and the saxophone first became an interest to him. “I suppose mainly jazz: like Ella Fitzgerald, Oscar Peterson…I remember a Stephane Grappelli album, Joe Pass, these kinds of things as a child.” While jazz was a presence in his household, other family members introduced him to everything from Elgar to The Beatles, and it wasn’t until a guitar-playing school friend became interested in jazz music that the bug truly bit him.

“I don’t know what triggered it,” Speake recalls, “but I remember one of the first albums I heard was Ornette Coleman’s Live at the Golden Circle, and he had a white plastic alto saxophone, which Charlie Parker also used briefly in the fifties.” The album left such a mark on then 16-year-old Speake, that he purchased an identical sax being advertised in Melody Maker, paying what would’ve amounted to three or four week’s worth of wages at his office job of the time. Sadly, to Speake’s dismay: “I was completely ripped off!” Upon finding a teacher and taking the sax to him, he was told that it was unplayable, and that the parts needed to repair it couldn’t be sourced. The heartbroken teenager was thankfully rescued by his mum, who replaced the unplayable instrument with a Buescher alto saxophone, getting him back on track.

“I think that’s what I’m trying to do a lot,” Speake suggests. “Charlie Parker’s one example, it could be someone else, people before him. So much has already been done. Studying Charlie Parker’s music, I’d always been obsessed with a particular phrase, thinking ‘where did he get that phrase? I’ve never heard anything like it.’ Steve Coleman, who I mentioned earlier, said, ‘yeh, Johnny Hodges played that phrase in the thirties!’ So, all these great players, they get something from somebody before, and then they integrate it into their own music in a different way, and it sounds like theirs. It’s pretty much what everyone does, whatever they say! It’s a good question, trying to keep focus, which is pretty hard in this world actually, but it’s from learning from the past all the time and integrating it into the present.” 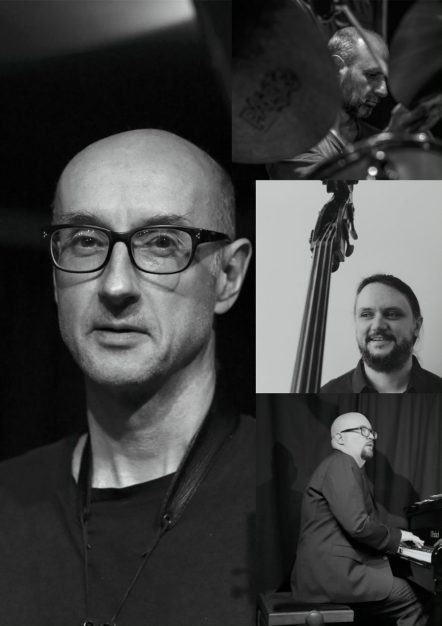 "Martin Speake is one of the most interesting and rewarding…