“Dare” is an attitude; a life choice. Celebrating the release of his new album one day after his fiftieth birthday, on new album ‘Dare’ Mario goes back to his original sound with the bands that had given lustre to his songs.

“Celebrating my fiftieth birthday with all of you is an emotion that pervades my soul. On January 29th, the day after my 50th birthday, ‘Dare’, my new album, will be finally released.”

Released on January 29th, ‘Dare’ is a record that simultaneously tells the story of Mario’s career to date whilst also nodding toward Mario’s vision for the future. The release incorporates “early” Mario sounds drawn from jazz and soul, but also new sounds that are not so much in line with current trends as with an adult and international sound.

‘Dare’ sees Mario collaborate with friends old and new. Featured on the album are international artists such as English band Incognito and operatic trio Il Volo. Also appearing are the musicians with whom Mario achieved success in the mid-2000s – The Highfive Quintet, Fabrizio Bosso’s Spiritual Trio and his current band that accompanies him all over the world, playing 150 shows in over 40 countries.

Dare is available for streaming and digital download at the following link: https://orcd.co/mariobiondi-dare 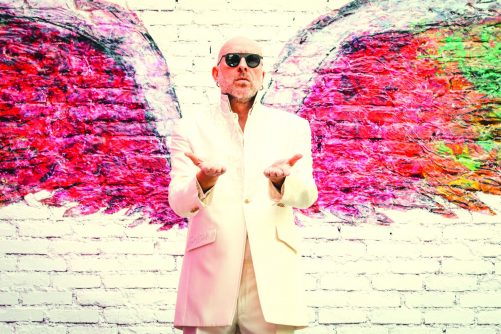