Band on the Wall welcomes back the maestro of dub reggae – Lee ‘Scratch’ Perry!

Regarded with awe throughout the music world, Perry holds status as one of the most enduring and original reggae producers. From his early days in the 1960s as a singer and engineer for Coxsone Dodd’s Studio One in Kingston, through his production of the seminal Wailers’ classics African Herbsman and Soul Revolution, Perry’s innovative style marks him as one of reggae’s original treasures. His on the edge creative genius remains evident in his own solo albums of the 1970s through his steady stream of mind-boggling releases of the 1980s.

In his plethora of newer material, ‘Scratch’ expounds on his favourite themes of extraterrestrials, judgment, justice, corruption, carnality, and self proclamation, all over some killer riddims.

Always one to follow the beat of his own drummers, the eccentric genius Perry continues to break new ground with the hardest rebel Rasta tunes and the most unpredictable instrumental dubs. 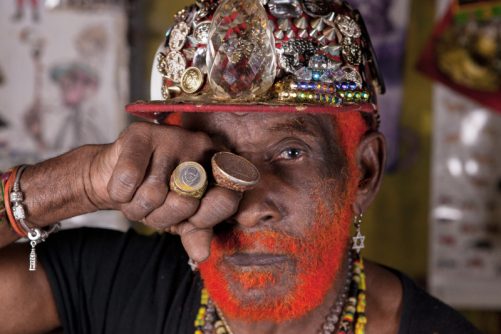