2015 was a fantastic year for Hiatus Kaiyote, receiving their second Grammy nomination and performing sell out shows across the world. 2016 looks set for the band to continue their meteoric rise as Band on the Wall presents them at the o2 Ritz for their biggest Manchester show to date.

The music of Hiatus Kaiyote strikes the perfect note merging poetry and polyrhythms. They have carved out their own ecosystem populated with songs, each embodying its own mini-cinematic sonic soundscape.

Hiatus Kaiyote have the world talking, with Questlove, Erykah Badu, Pharrell and Prince going out of their way to promote the band. Stereogum singled them out as a “Band to Watch”, and Gilles Peterson named them the Breakthrough Artist of 2013. Legendary producer/songwriter Salaam Remihandpicked Hiatus Kaiyote as the first signing for his new label Flying Buddha, an imprint of Sony Music Masterworks, and they immediately gave debut album Tawk Tomahawk an official worldwide release in July, 2013.

Their 2015 album ‘Choose your Weapon’ set the world alight and was described by The Guardian as “…a love letter to the whole of nature, a self-indulgent trip to the other side of consciousness, an experience you have to fully immerse yourself in to appreciate”. 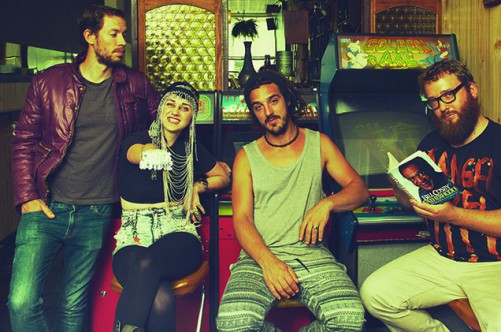