Electro-dub pioneers Dreadzone formed in 1993 when ex-Big Audio Dynamite drummer Greg ‘Dread’ Roberts teamed up with Tim Bran and bassist Leo Williams and keyboardist Dan Donovan, also formerly of Big Audio Dynamite, completing the group’s first line-up. A festival favourite, Dreadzone opened the Pyramid Stage at Glastonbury in 1994 and began to bring their unique blend of electro, dub and reggae to a wider audience, going on to chart seven Top 60 singles (including their Top 20 hit Little Britain) and are still going strong after 17 years. The core members Greg Dread and original bassmaster Leo Williams plus the unmistakable MC Spee, legendary reggae vocalist Earl 16 and Chris Compton on guitar make up the current Dreadzone line up.

Dreadzone deal in accessible yet credible club sounds with pop nous, referencing everyone from Woody Guthrie and Max Romeo to John Holt and classic films.  They also like to wander into uncharted territory, melding Celtic, Jamaican and Asian influences to their riddims and samples, turning out unique, quirky gems like Captain Dread and Little Britain.  Dreadzone have released six artist albums including the seminal Second Light (named by John Peel as one of his favourite albums of all time). Their dubwise beats and bottom end, often adorned with the unmistakably dulcet tones of Earl 16 are a product of the cut-and-paste magpie nature of the ever-morphing world of dance music.

Hit records, critical acclaim and a huge, devoted fan base are theirs, due in part to their utterly storming live shows – we guarantee this night is going to blow you away big time so get tickets while you still can.

This concert will begin at 9pm but our Picturehouse Cafe Bar is open earlier for drinks and good times. 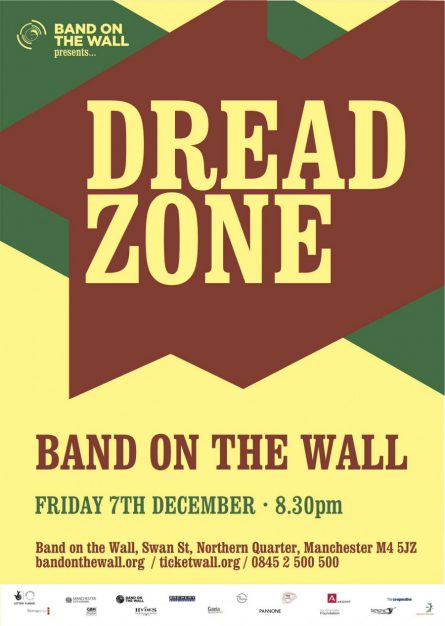