Denis Jones’ 3333 is the first of the incarnations of two years work in reappropriated editing suites of the old Granada TV studios in Manchester – the extensive studio space was the perfect ground for artist development. Unlike the previous two solo records, which saw help from a plethora of technicians and creatives this third is truly without assistance or aid in button pressing, plucking and hitting during the production process. This is of course without mentioning Leonore and her dulcet tones that features on three of the tracks, plus mastering from 80Hertz studios. This record caps off the DJ trilogy of albums, first conceived in 2003. At the end of a mammoth journey that documents the metamorphosis into a drummer, producer and mixing engineer, Denis draws on a vast array of musical influences to evoke a sense of the growing friction between an ever-juxtaposed globalised world. Looking into mythology, religious text, non-fiction and science fiction books for lyrical inspiration. The scene was set to write a modern dystopian sound track with all tracks intended to be 3 minutes and 33 seconds long, songs. Sharing studio space with Manchester legends Graham Massey and Mr Scruff (Andrew Carthy) allowed for guidance and often-essential conversation through out the process. Both helped formulate the short list of tracks, loan microphones, guitars, synths, organs and other musical necessities thus helping guide in completion of the album. 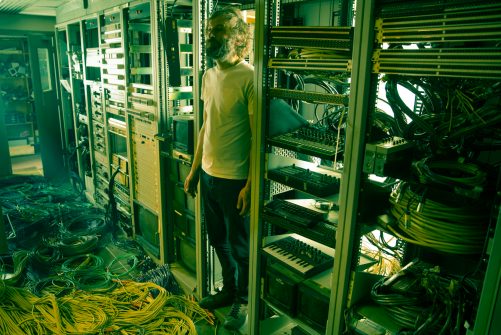