A Certain Ratio + Gramme at the O2 Ritz, Manchester

Manchester’s A Certain Ratio embraced the ethic and culture of the late seventies post-punk explosion, but sounded like nothing else around them and refused to fit in. Formed in 1978, the band had various members throughout their career, and a core line-up of Jeremy Kerr, Martin Moscrop and Donald Johnson.

Shortly after forming, having seen A Certain Ratio on one of their many live shows, Joy Division’s manager Rob Gretton put them in touch with Tony Wilson, a well known local TV personality who was then in the process of setting up a record label. A Certain Ratio were one of the first to record for the fledgling Factory Records, and they debuted with their 7″ single, All Night Party/The Thin Boys.

Hailed universally as pioneers of what became known as “punk funk” thanks to the success of ‘Shack Up’ on both sides of the Atlantic, their sound is not easily pigeonholed and their influence can never be understated. The band introduced the avant-garde elements of funk, jazz, electronics, tape loops and technology to the pop song, wrapping it in a post punk aesthetic, adding great clothes and the coolest haircuts.

They have gone on to influence generations of musicians – from Talking Heads, LCD Soundsystem, Happy Mondays, Franz Ferdinand, ESG, Factory Floor and Andrew Weatherall. The Guardian’s Dave Simpson paid tribute to the band’s cult hero status recently: “Once you start listening to A Certain Ratio, it’s difficult to stop”.

A Certain Ratio’s myriad of influences created their uniquely eclectic sound, one that the band once described as “James Brown on acid”. Some of these influences include Brian Eno, James Brown, Miles Davies, Tower of Power, Airto Moreira, The Velvet Underground, Kraftwerk and Wire, to name a few.

“… all the energy of Joy Division, but with better clothes” – 24 Hour Party People

“…a gorgeous mess, slumped against the back wall of the best dance club in town” – Pitchfork on Sextet

“In tandem with the city that surrounded them, they had evolved, expanded, grasped a new diversity and, not least, surged to new levels of musicality.” – The Quietus on Force

Gramme signed to Trevor Jacksons OUTPUT label in the mid 1990’s and quickly recorded their first E.P ‘Pre-Release’. Produced by Trevor Jackson. Pre-Release didn’t see the light of day until the summer of 1999 by which point the band had signed an exclusive deal with Junior Boys Own and were being managed by legendary dance DJ David Dorrell (M.A.R.R.S).

After many fraught months trying and failing to finish the record the band parted ways with the label eventually disbanding in 2001 frustrated and creatively drained. In 2007 Gramme reformed buoyed up by new interest in the band particularly Joe Goddard’s Tweet “Gramme – when they get together they sound amazing”.

Positivity and belief in the band continued to grow with further accolades from James Murphy citing the band as one of his formative influences for LCD Soundsystem. It became clear to the band that they had miraculously found an audience during the long hiatus from public view.

Pre-Release has developed its own mythology and momentum and earned the bands reputation as true punk funk pioneers. Gramme signed to Tim Love-Lee’s Tummy Touch label in 2011 and finally released their debut album Fascination in 2013, 17 years after their first live performance.

Success in France quickly followed seeing the band tour extensively throughout 2013 and finally picking up the accolade of being ‘one of the top 10 live bands in France that year. Martin Moscrop (A Certain Ratio) became a fan of the band inviting them to support ACR in London and Manchester and has remained a strong advocate and supporter ever since.

Gramme are currently in the closing stages of recording their second album and already planning UK and European shows in preparation for and early 2018 release. 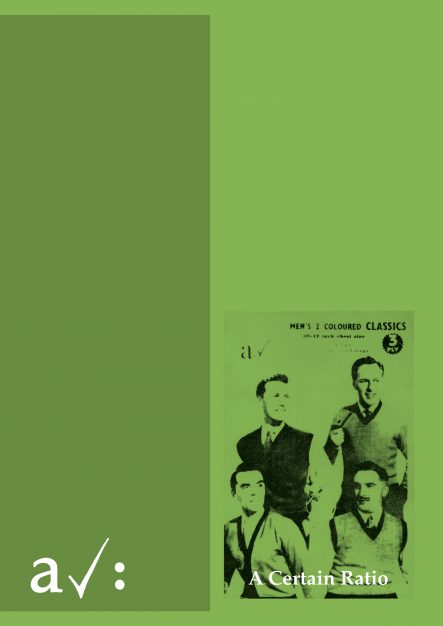