Binker Golding and Moses Boyd are amongst the frontrunners of a loose yet interconnected group of London-based jazz musicians that are influenced by the music that surrounds them, including hip-hop, electronic, Caribbean rhythms, free improvisation as well as, of course, the jazz tradition. What began as experimental jams during soundcheck as part of Zara McFarlane’s touring band has evolved into two studio albums, two live albums, multiple awards, a performance on Later… with Jools Holland, critically-acclaimed live shows, and an unquenched thirst to continue pushing musical boundaries to the limit.

Binker and Moses’ incendiary debut album ‘Dem Ones’ was recorded in 2014 from the live room at Mark Ronson’s Zelig Studio to the 1/4” tape machine with no edits, overdubs or mixing, and released through Gearbox Records. This began their journey as “the big breakout stars of the London jazz scene” (The Guardian), and went on to win them a string of awards including the 2015 MOBO Award for Best Jazz Act, a Parliamentary Jazz Award and two Jazz FM Awards.

Their second album, ‘Journey to the Mountain of Forever’ (2017), was recorded in the summer of 2016 and included an expanded line-up of musicians; Yussef Dayes, Byron Wallen, Tori Handsley, Sarathy Korwar, and Evan Parker. Conceptually inspired by science fiction and fantastical prog/rock imagery with album artwork by Jim Burns (Blade Runner), the album was named MOJO’s No. 2 Jazz Album of the Year and cemented their status as the leaders of the London jazz renaissance.

The memorable album launch for Journey took place at the iconic Total Refreshment Centre in Dalston in the summer of 2017, and was commemorated through two live albums, ‘Alive in the East?’ and ‘Escape The Flames’ in 2018 and 2020 respectively, which garnered praise from Downbeat, The Wire, BBC 6Music and The Financial Times and showcased the electric experience of their improvisation-centric live performances. 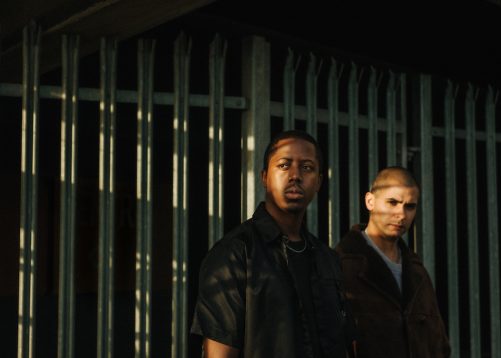