30/70 is a cosmic mélange of boom-bap dynamics, neo-soul harmonies and jazz-funk licks, all steeped in a deep spiritual tradition, reaching from Alice Coltrane to Kamasi Washington. Despite their influences coming from across the pacific, the 30/70 sound is unmistakably Melbourne and for anyone admiring the scene from afar, it would seem fair to wonder if there was something in the water. 30/70 are the latest collective to emerge from this buzzing soul scene.

Melbourne’s relative isolation could in fact be a blessing in disguise. It’s resulted in a pressure cooker of talent; a tight-knit, well practiced network of musicians and 30/70 are leading the pack with their latest offering, ‘Elevate’.

Working closely with Paul Bender of Hiatus Kaiyote and Jamil Zacharia to produce their newly released record, the sound is a sublime statement; at once a cry for help and a call to arms, it balances delicate poetry and potent aggression with ease – all of this done with a beguiling pop sensibility.

The band came of age in the wake of Melbourne’s soul scene hitting global success, a local phenomenon which shone a light on the Northside community and paved the way for a new generation of bands to take this sound and make it their own.

Lovingly referred to as a community rather than a band, 30/70 is, at its core, a quintet made up of Allysha Joy, Ziggy Zeitgeist, Horatio Luna, Thomas & Chaser that swells up to a 9 piece ensemble when the music calls for it. Forever delivering their signature hypnotic groove.

Werkha is Mancunian Tom A. Leah. First adopting the alias in 2012, Tom’s time so far as Werkha has seen him craft a singular sonic portfolio; exploring a vast array of live instrumentation, band arrangement, electronic production, DJ and remix work. 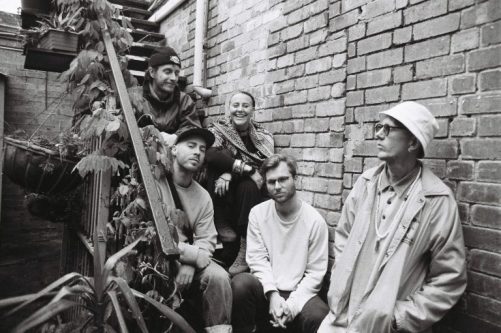