Since adopting his Werkha alias in 2012, Tom A. Leah has written, remixed, edited, DJ’ed and performed music, tirelessly. Working alongside multi-talented artists while harnessing a variety of production technology, he has crafted a sound that marries elements of manifold genres. Pick a track at random from Colours Of A Red Brick Raft and you’ll invariably hear a fresh and fascinating fusion. Spliced and organic rhythms, splashes of African, Latin and Asian instrumentation, vocal samples, synths – you name it!

Having headlined our stage at Sounds from the Other City and spun records after KNOWER’s sold out Band on the Wall show, we’re thrilled to see him take the stage once again.

Delivering a Club Set version of his live show – which features regular collaborator Bryony Jarman-Pinto on vocals & Noya Rao (Gondwana Records) drummer Matt Davies – he co-headlines the Soup Kitchen basement with the incredible 30/70 collective on 16th June. Ahead of the show, we caught up with Tom to discuss his recent travels, his approach to remixing and his plans for the rest of this year.

You’ve spent time up in Glasgow recently, a place a number of musicians and artists seem to gravitate to. What were you getting up to there and what are your thoughts on the city?

‘Yeah, I spent the last couple of years up in Glasgow. In a lot of ways transitioning between Manchester and Glasgow isn’t the hardest thing. There’s a lot of similarity between the character of the cities. Working with musicians, DJ’s, promoters, venues and producers up there has opened up some really interesting avenues, especially when it comes to trying to meld the jazz and club worlds. I think that’s something that’s going to catch on there nicely in coming years.’

Your set at SFTOC was a real treat! What did you think of the atmosphere and are you planning to mix it up a little for the show with 30/70?

‘Loved SFTOC. Salford is my old stomping ground so it’s funny going back and experiencing a 27° party in warehouses and studios, I felt like I was in another country! Had a great time playing our set. It’s so important to me that people can have the opportunity to come and see where my ideas are going creatively in the live setting before I make this next record. It’s a part of the process at the moment and that process was an absolute VIBE in that photography studio.

The 30/70 guys hail from Melbourne, another location with a popping soul/nu-jazz scene. Have any artists from the city caught your attention recently?

‘To be honest I know very little about Melbourne having never been. Some amazing music has been coming out of there over the years, Hiatus Kaiyote being at the forefront of that for me. I’d love to check it out some time. Seems popping. An Aussie I met at a party the other night said they thought Manchester felt like Melbourne actually, so I’m sure the 30/70 guys are going to feel welcome here.’

You worked with two terrific vocalist on For All Hands, in the form Berry Blacc and Bryony Jarman-Pinto. What are you looking for when it comes to a vocal collaboration? Do you make tracks with vocalists in mind or think about the right voice for a track after the instrumental is complete?

‘A vocal collaboration can’t happen without that artist I’m working with being in the room with me as the track is being created… at least in some manner. Obviously you need some kind of bedrock idea before you start trying to get vocal ideas down, but it has got to be a fluid idea that can develop, transform if needed. There are so many good voices out there. I think what I’m after is character, both vocally and personally, ‘cause here’s a process that could lead to you spending a lot of time with each other on stage, or in the studio.’

You’ve remixed a number of artists’ work: Hot 8 Brass, Nubyan Twist, Mouse Outfit, Kinkajous…if you could access the masters for any one artist throughout history and rework them, what would you go for?

‘Tough question. When I think about remixes I look at whether I can reinterpret the character of a piece of music. I don’t want to just be slapping a four to the floor kick underneath something. I think in a dream world I’d love to remix Fatima, Herbie Hancock or Matthew Halsall. I’d like to return a remix job for Henry Wu as well actually. He remixed my track Sidesteppin’ two-and-a-half years ago.’

What are your plans for the rest of 2018? Any new projects, collaboration or travel plans afoot?

‘I’m just this week putting the finishing touches to the production of another artist’s debut LP for a record label you’ll probably all be familiar with. My first time producing somebody else’s project. It’s been a while coming so I can’t wait for that. I’ve got a remix coming out for a Berlin based jazz project, there’s an edit I’ve done of a 1980’s Latvian disco tune which might see the light of day on a white label alongside another Manchester producer. I’ll be travelling to a couple of other countries in the EU this summer to work with artists in Belgium, maybe Italy.

This year is busy but I’m stepping back from filling my calendar with shows just this summer while I work on some of my own music again. I’m looking to share some of that with you alongside some October tour dates when we hit up the UK and some other EU countries for shows. Loving being back in Manchester just now. Community is strong here and that’s something I want to celebrate, to facilitate.’ 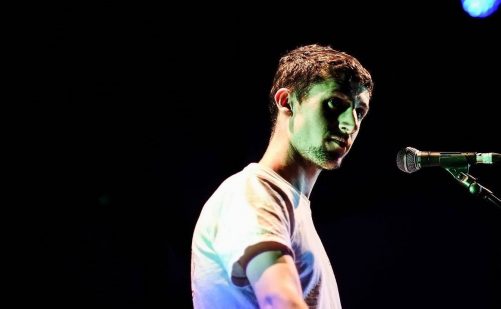 30/70 is a cosmic mélange of boom-bap dynamics, neo-soul harmonies… 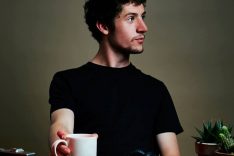 Werkha is Tom A. Leah, a Mancunian in Glasgow, via…