The genre-fusing multi-instrumentalist Lucky Peterson celebrates fifty years of performance this year: something that few fifty-four-year-olds can claim. After receiving an early introduction to blues and R&B music at his father’s club in Buffalo, NY, he revealed early promise as a Hammond organ player, leading to performances and a first recording at the age of five.

One might wonder if Lucky recalls much from that time of his life, considering how vague one’s memory of early childhood might be. As it happens, plenty sticks in Lucky’s mind. “My memory of [being] five years of age: playing in the park, playing at my father’s club, just being around great entertainers. I remember Koko Taylor used to buy me chewing gum and pickled pigs feet and stuff. Howlin’ Wolf used to sit me on his knee… stuff like that.” Lucky suggests that playing music felt entirely natural at that time, and that he wasn’t too aware of his talents being exceptional: “I just knew I could play organ a little bit!”

During the fifty years that have elapsed since Peterson’s arrival on the scene, he has added electric guitar and keyboard to his arsenal, becoming an accomplished writer as well as bandleader and performer. Touching upon his approach to composition, Lucky suggests that no one instrument is his ‘go to’ choice. Instead, it begins more simply. “Sometimes I write music with my mouth,” he explains. “I hum stuff and then I bring it to life on the organ, keyboard or guitar. I don’t have a preference. I start mentally, with what I want to play, and what I want to hear.” Lucky cites his family as an important creative influence, but also acknowledges that news and current affairs have an impact on his thought process, commenting perceptively, “I think about things that’s going on the world… and then I try not to think about things that’s going on the world.”

Aside from those immediate creative stimuli, Peterson has a wealth of musicians that have influenced the course of his career, many of whom he has met. In 2018, he played concerts in tribute to the work of the great organist Jimmy Smith, but aside from he, Peterson references: “people like James Brown, George Benson, George Duke, Parliament, Earth Wind and Fire, Walter Hawkins, Shirley Caesar, Mighty Clouds of Joy, B.B. King, Little Milton, Albert King, Freddie King, Sam Lay, Buddy Guy, Junior Wells… y’know, I just keep it moving.”

Assessing what fifty years in music has taught him, Peterson jokes that he “could do without the travelling,” but maturely recognises that he needs every bit of experience he has had to be the artist he is today. “It all goes hand in hand,” he states, “the travelling, the people, the music, y’know, everything goes hand in hand.” The most vital piece of advice he has been given during that time: “Keep it real.”

Lucky Peterson returns to Band on the Wall on Tuesday 20th August, accompanied by his wife and musical collaborator Tamara Tramell. Find out more and pick up tickets here. 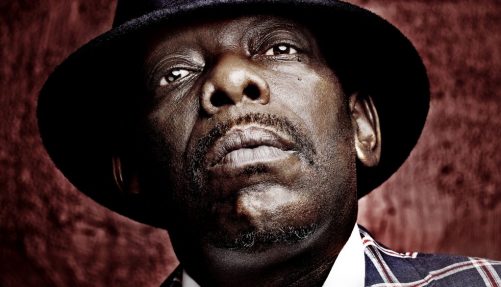