Manchester has a rich musical heritage that deserves to be celebrated. ‘Heroes of Manchester’ is our project that dives into the lesser-known musical heroes of our city.

The exhibition and live performance took place at Band on the Wall on 27th April 2022, and gave a flavour of Manchester’s independent underground, featuring a line-up of genre-spanning artists breaking new ground. The artists performed work originally written by the Unsung Heroes of Manchester – a selection of hugely influential but lesser-known names from the city’s musical history. The performers were:

Kemani Anderson, from Manchester, is a 22 year old singer/songwriter in a band named Secret Night Gang. Heavily influenced by church growing up, Anderson then developed a passion for soul, R&B, reggae and jazz music and became inspired by the likes of Marvin Gaye, Stevie Wonder, Donny Hathaway, Earth, wind and Fire, Chaka Khan , Al Jarreau, D’angelo and many other artists.

Berry Blacc is best known for gracing some of the biggest stages across the UK and Europe, as a solo artist and with various groups throughout the years. With both of his parents playing a big role in the history of Manchester’s dancehall and lovers rock scene, it was inevitable that Berry would follow suit.

Fusing his childhood influences with hip-hop, soul and funk, Berry’s deep tones, coupled with his range of melodies will have you bussin a two step, while contemplating life.

Following the live show, Konny Kon (Children of Zeus) will be taking over our bar on DJ duties!

The Heroes of Manchester exhibition is a series of informative displays that dig deep into Manchester’s musical heritage and shine a light on some lesser-known but hugely influential artists across multiple disciplines that lived and worked in Manchester.

As part of our World of Music learning programme, AIU (Ahmed Iqbal Ullah – Race Relations Resource Centre & Education Trust) interviewed 5 long-standing heroes of the Manchester music scene, who all nominated an unsung hero from Manchester from the past who has influenced and inspired them.

The live show was inspired by the music of the unsung heroes.

Diane Charlemagne was the Lead singer in funk band 52nd Street, and lead singer in the techno house group Urban Cookie Collective. She provided the vocals for Goldie’s Inner City Life and provided backup vocals for many of Moby’s live shows.

Broken Glass Street crew originally came together in Piccadilly Gardens, and by 1983 became the ‘Hacienda Crew’- playing a significant part in raising the club’s profile with Manchester’s black audience. Kermit Leveridge (founding member and vocalist on style of the street) became an influential rapper – part of the Ruthless Rap Assassins – and collaborated with Shaun Ryder to form Black Grape.

Born Silifatu Mornii Wehabie Tella, to Nigerian parents, Tella was part of the backing band that supported Boney M and part of the quartet ‘Anderson’ who sang at 1979 Irish Final of Eurovision. She released a successful solo album in 1981 and still produces tracks in the lover’s rock genre.

Inner Sense Percussion brought Brazilian Carnival music to the streets of Manchester, were prolific in 80s and 90s and were recruited by the British Council to share carnival art practises around the UK.

Kevin G Davey is a trumpeter, composer, arranger and bandleader. Originally from Nottingham, he came to Manchester in his formative years, studying at Manchester Metropolitan University. He was awarded Manchester Jazz Musician of the Year 1992 by BBC Radio Manchester show ‘The People’.

You will see the exhibition boards on display on our World of Music learning floor at Band on the Wall – or you can explore them below. 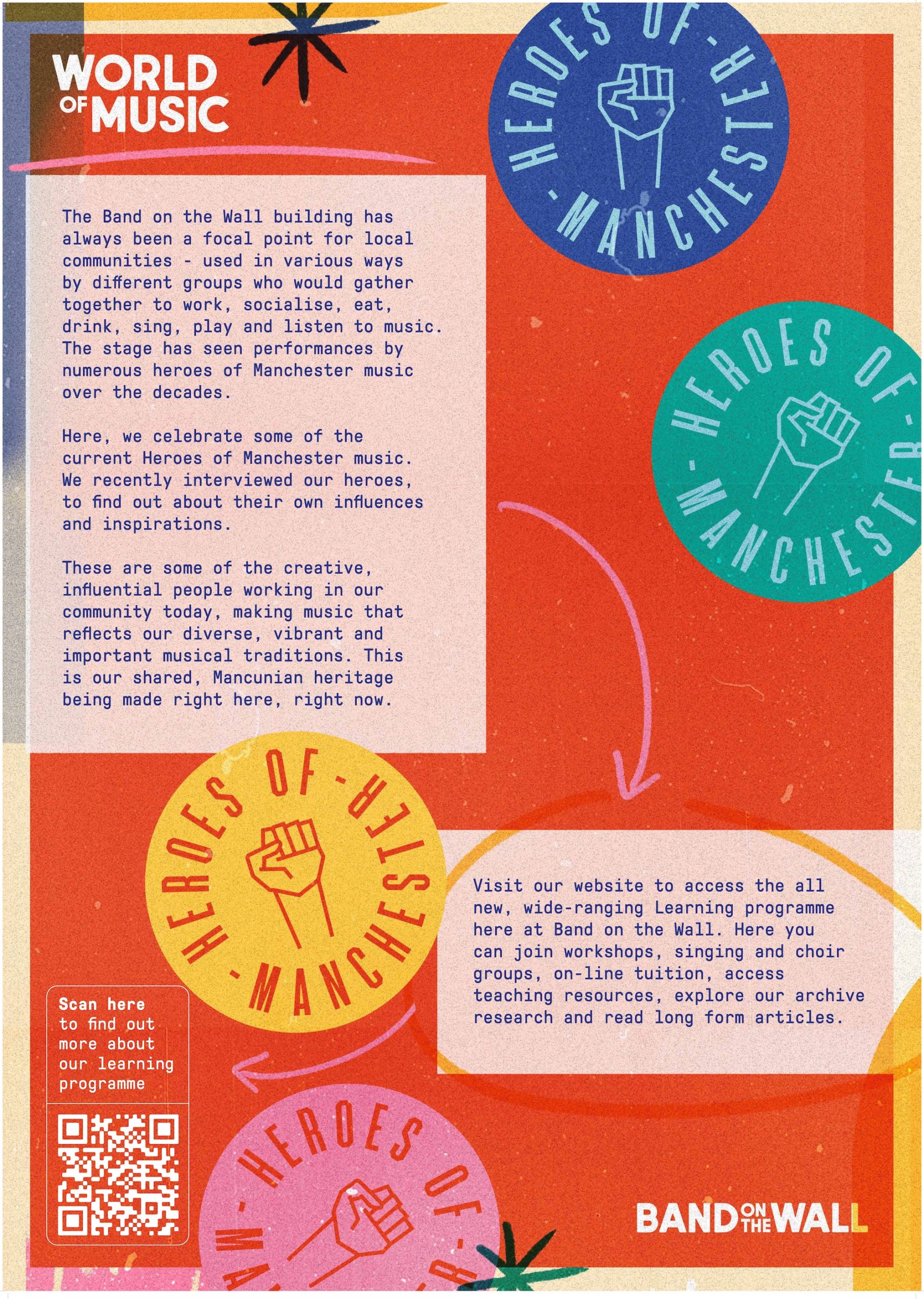 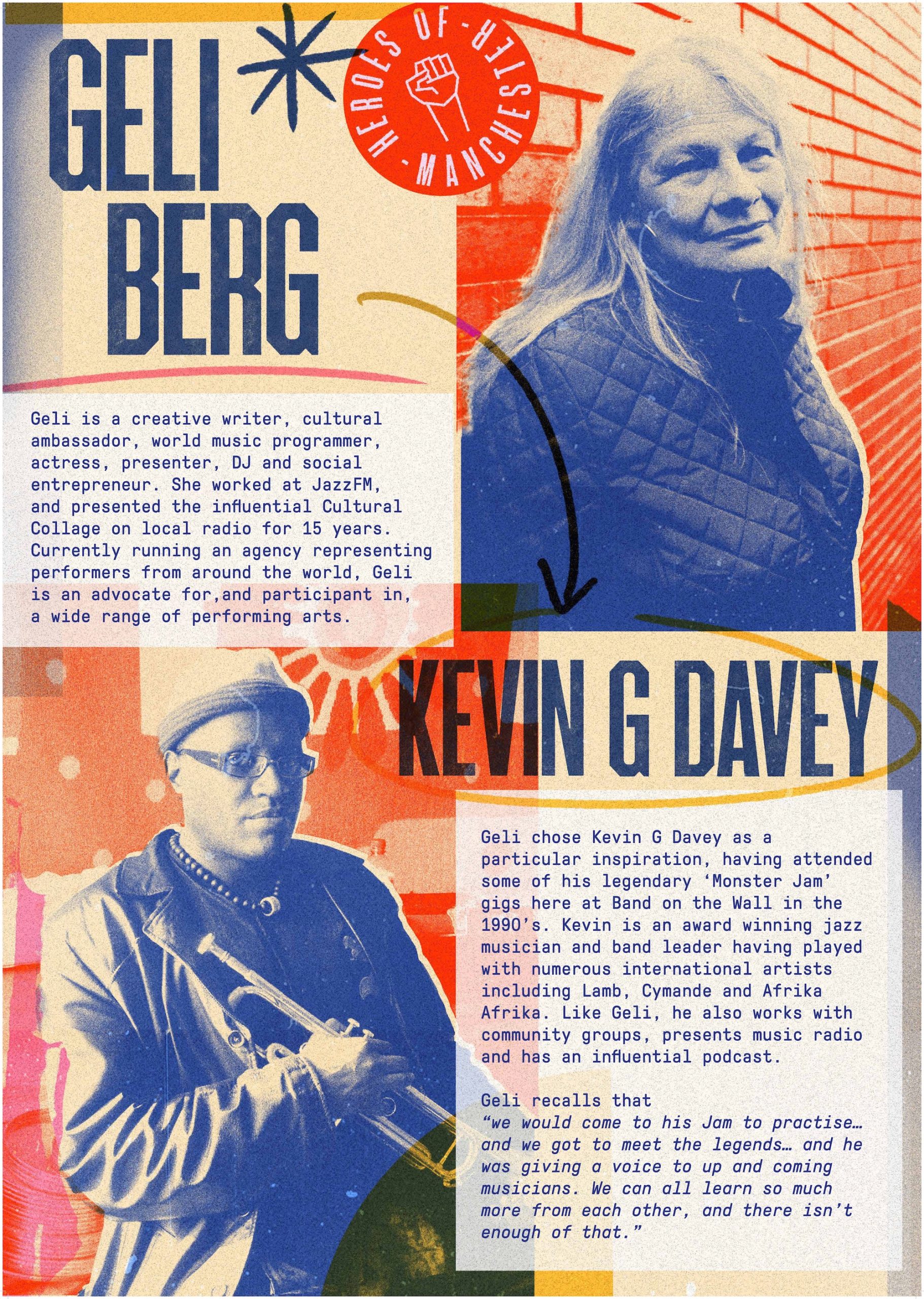 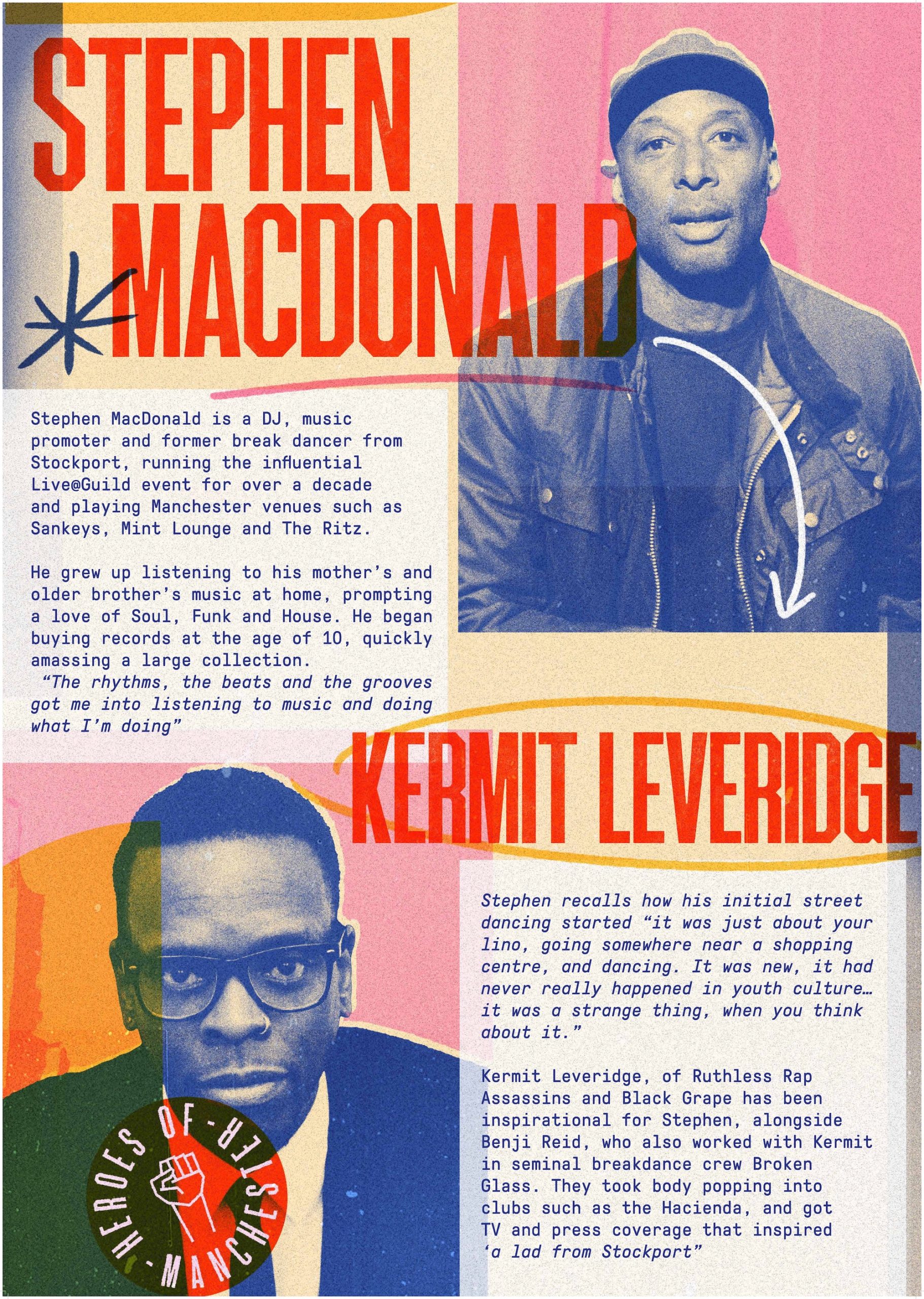 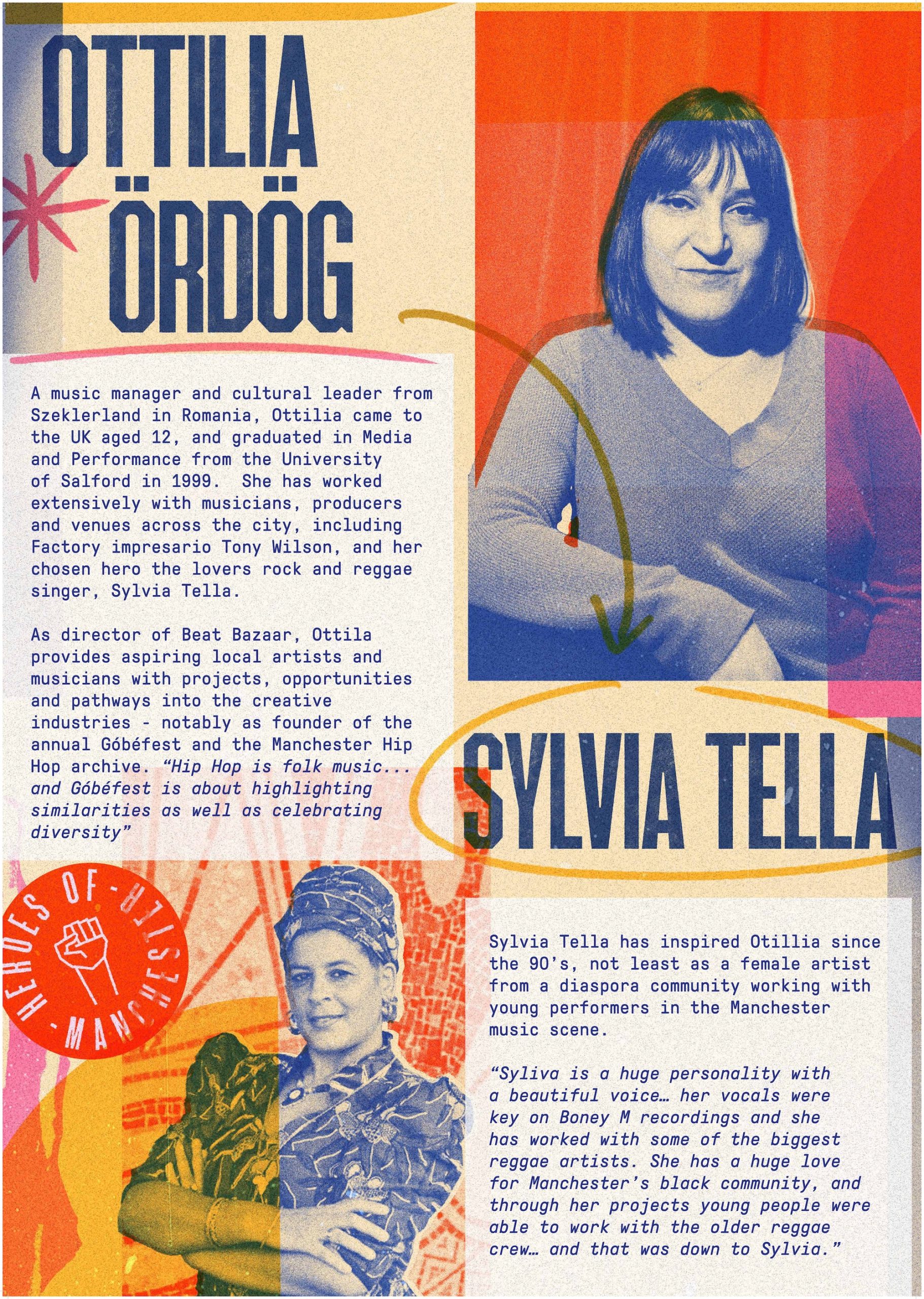 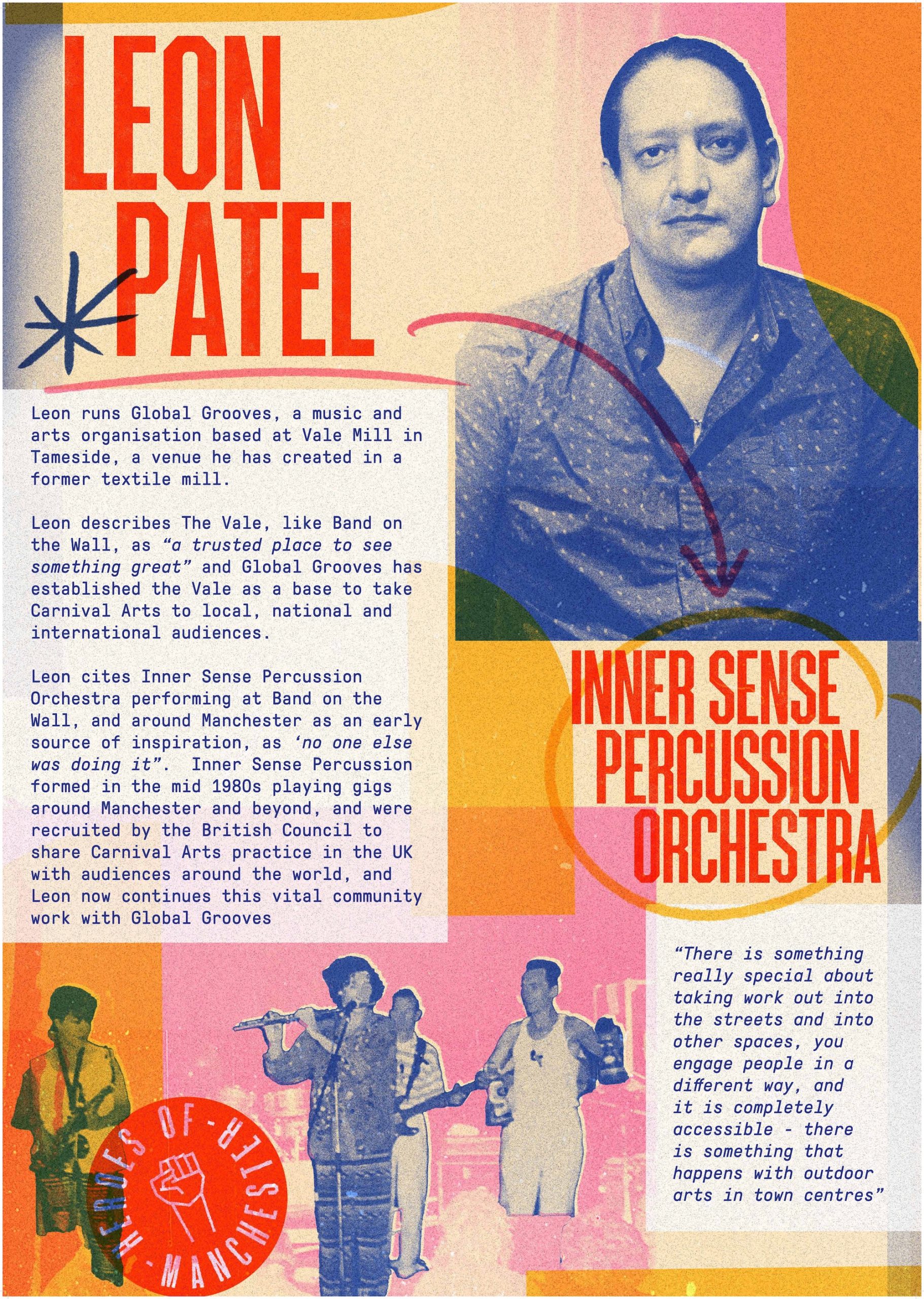 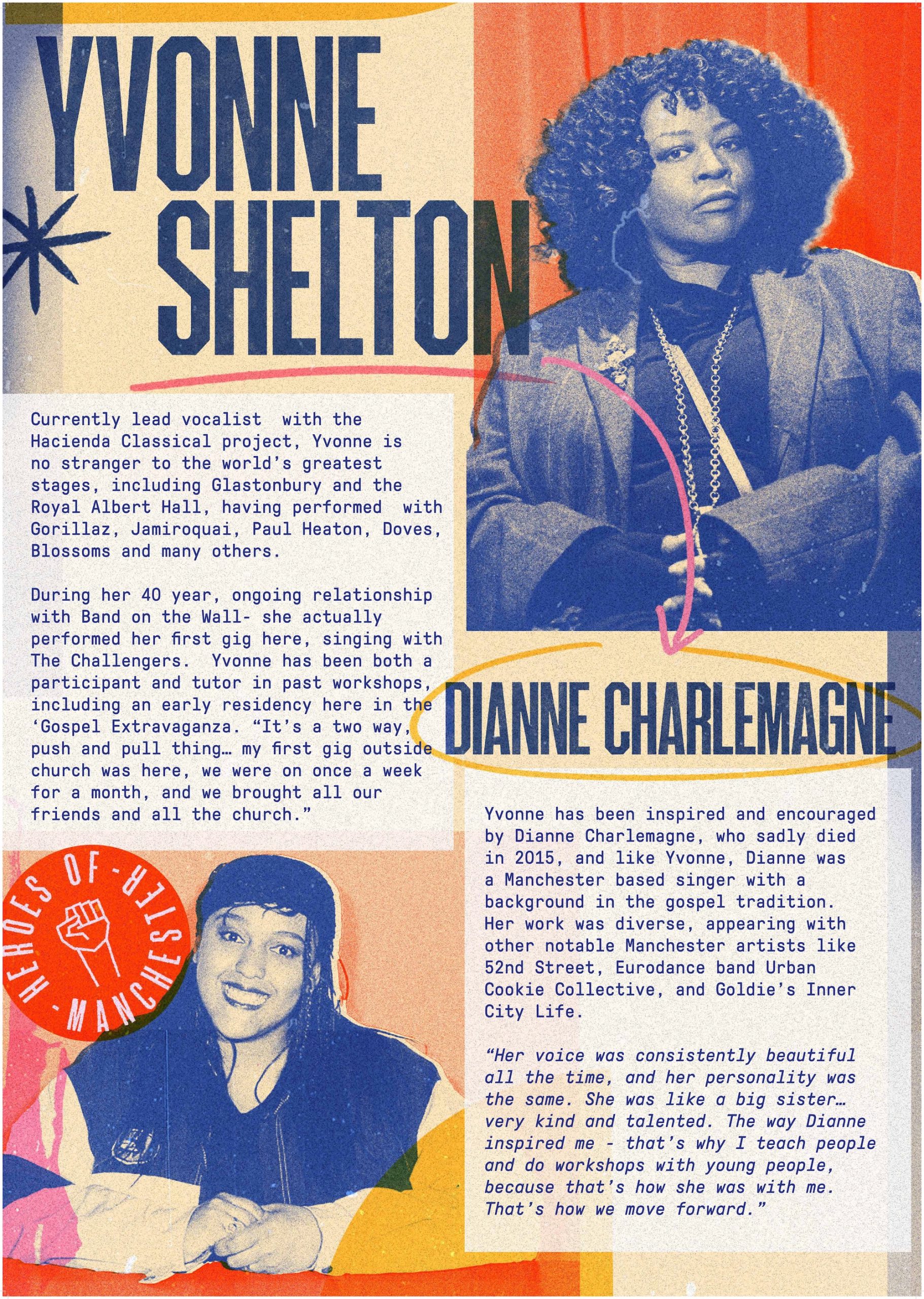