Take our quiz to find out how much you know about mento, calypso, and the heritage of Caribbean music.

The folk genres mento and calypso are very important. Without them, a lot of the music we listen to today would never have existed!

Mento evolved into one of the most famous music genre, reggae.

Mikayla Simpson, better known as Koffee is a reggae artist from Jamaica. In 2019, at 19 years old she became the youngest person and only woman to win a Grammy Award for Best Reggae Album for her EP Rapture. Watch the official music video for her single Toast:

Reggae went on to influence many styles of music. Here is one of the evolutions of the genre:

One of the UKs most famous grime artists is Stormzy. Watch his performance of Your Grace on Radio 1’s Live Lounge:

Here are three mento style songs to learn by ear and play or sing-along with.

Each of these songs was written, co-written, or adapted from a traditional song by Irving Louis Burgie. He was an American singer and songwriter who lived between 1924 and 2019, and is considered one of the greatest composers of Caribbean Music. Irving Burgie was born in Brooklyn, New York, and using the stage name Lord Burgess, he performed songs from the Caribbean learnt from his mother, who was from Barbados. He wrote the lyrics to the Barbados national anthem!

Listen out for these characteristics of the mento genre:

From the traditional song ‘Wata Come A Me Y’E’, revised and rewritten by Irving Burgie & Bill Attaway

This is a classic ‘boy meets girl, boy misses girl’ love song, with a repetitive refrain and a classic mento structure.  ‘Come Back Liza’ was first recorded on the landmark album ‘Calypso’ by Harry Belafonte, released in 1956.

‘Calypso’ was the first album to sell more than a million copies within a year, and also the first million selling album in England. In 2018 the album was officially recognised by the US Library of Congress as culturally significant.

Mento music was often classified into the ‘calypso’ genre by record labels as they believed it made the records easier to advertise. 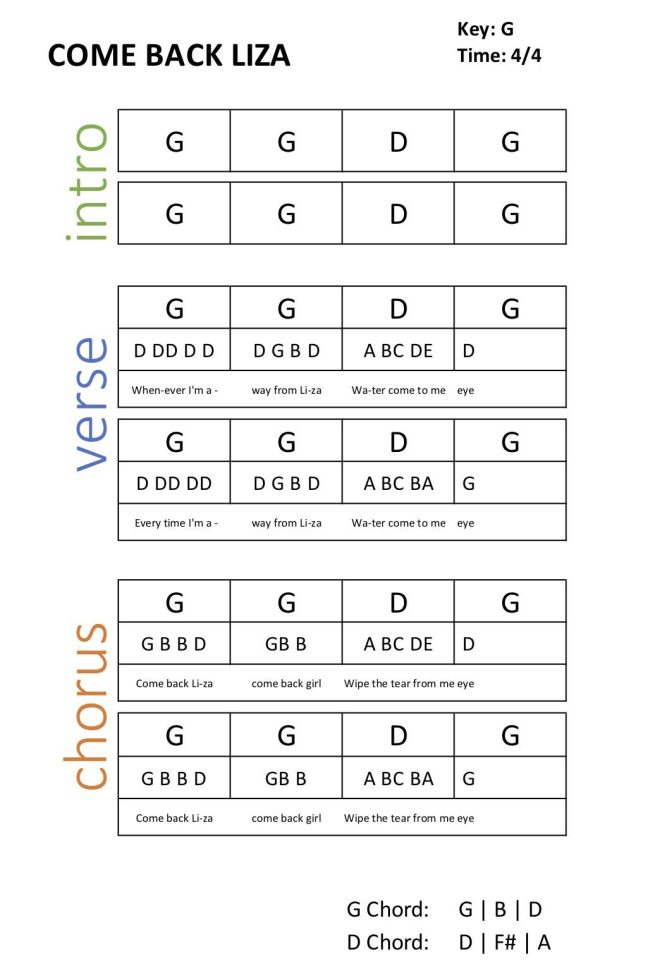 In keeping with the folk tradition, this song is believed to be a compilation of existing lyrics and melodies which were popular at the time, brought together into a new composition by Irving Burgie. This song is about life and romance in the Caribbean, and the sorrow of leaving.  Like many mento songs, it is important to many Caribbean people living far away from the islands, such as the Windrush generation in the UK.

Verse 1:
Down the way where the nights are gay
And the sun shines daily on the mountain top
I took a trip on a sailing ship
And when I reached Jamaica I made a stop

Chorus:
But I’m sad to say I’m on my way
Won’t be back for many a day
My heart is down, my head is turning around
I had to leave a little girl in Kingston town

Verse 2:
Sounds of laughter everywhere
And the dancing girls sway to and fro
I must declare my heart is there
Though I’ve been from Maine down to Mexico 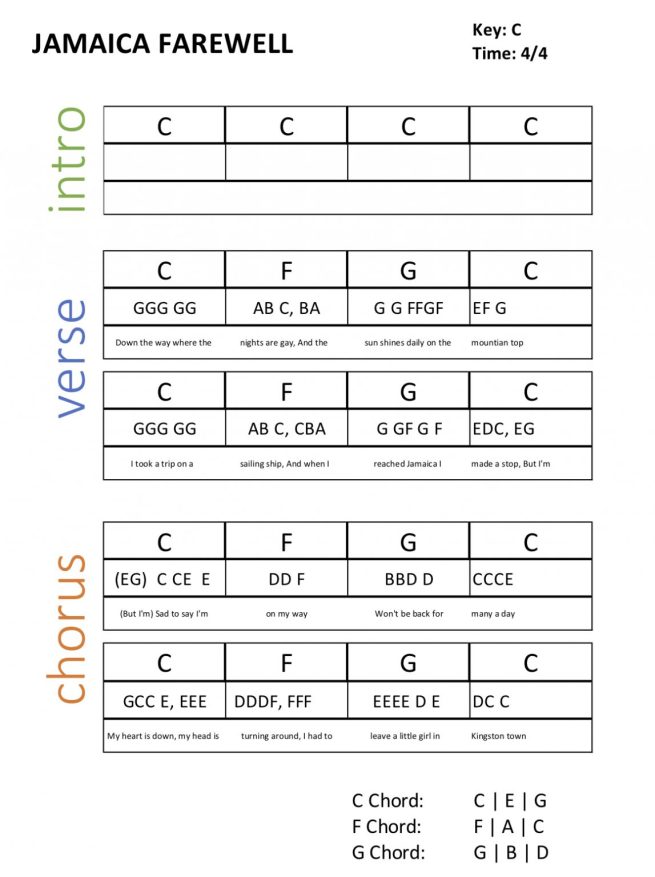 Song 3. ISLAND IN THE SUN

This is the title track of a 1957 film starring Harry Belafonte. The film built on the success of his ‘Calypso’ album. This song is full of imagery about Caribbean life, recalling the ‘forest, waters and shining sand’. Despite the up-tempo, major key mood of the song, there is an undercurrent of political comment about the working life endured on the island “where my people have toiled since time begun”

Chorus:
Oh, island in the sun
Willed to me by my father’s hand
All my days I will sing in praise
Of your forest, waters, your shining sand

Verse 1:
This is my island in the sun
Where my people have toiled since time begun
I may sail on many a sea
Her shores will always be home to me

Verse 2:
As morning breaks the heaven on high
I lift my heavy load to the sky
Sun comes down with a burning glow
Mingles my sweat with the earth below 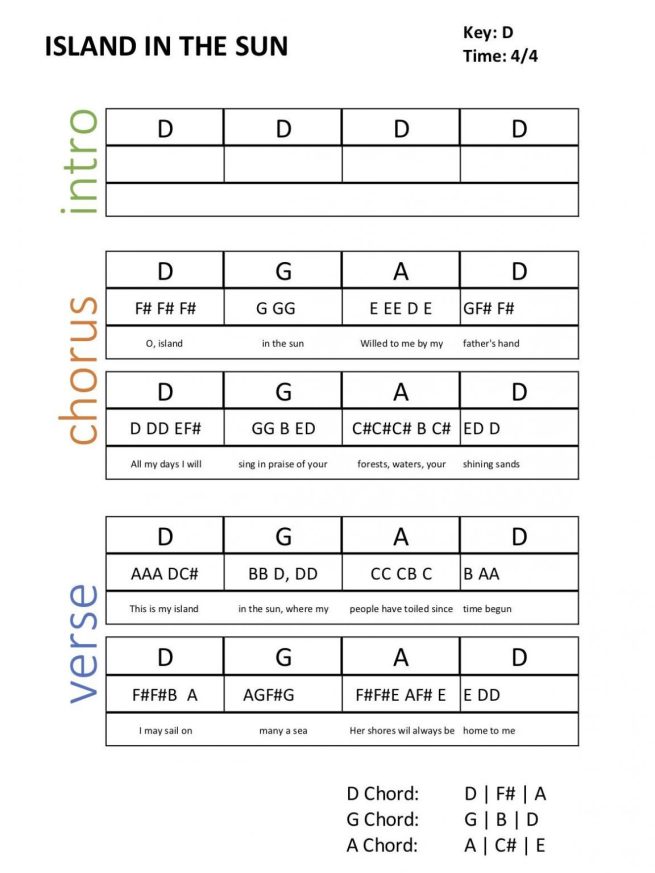 All play-along songs performed by Jermaine Peterson and Paul Morris.

World of Music is the learning programme at Band on the Wall, Manchester.