They have been touring throughout Europe and the States for the past decade, performing in over twenty countries and featured at the biggest music festivals in the world including Roskilde, Glastonbury, North Sea Jazz, Blue Note and WOMAD. Their intense on-stage aesthetic secured their status as an incredible group to see live, whether in intimate club settings or on international festival stages.

YBB’s debut album Unlearn was released in 2000 and featured collaborations with Talib Kweli, Mike Ladd, DJ Skooly and ex-Frank Zappa vocalist Ike Willis. This led to a record deal with New York City’s Ozone Music, the revolutionary avant-hiphop label that introduced the poetic talents and radical aims of Company Flow (El-P), Mike Ladd, Antipop Consortium and Saul Williams, among others. Their 2003 follow-up, Center:Level:Roar, was released to international acclaim and had them trekking around the globe to nearly sold-out audiences everywhere. YoungBlood’s latest album, Is That a Riot?, is their most groundbreaking, experimental music to date (and their first studio record in three years), featuring new players, all original compositions from multiple band members, and the music being taken to its dynamic, timbral and beat-driven extremes.

Support come from The Mouse Outfit.

OH Productions proudly presents the Manchester legs of this exceptional group’s European tour at Band on the Wall.This event will begin at 8pm but Picturehouse Cafe Bar open for drinks and delicious food from 5.30pm. 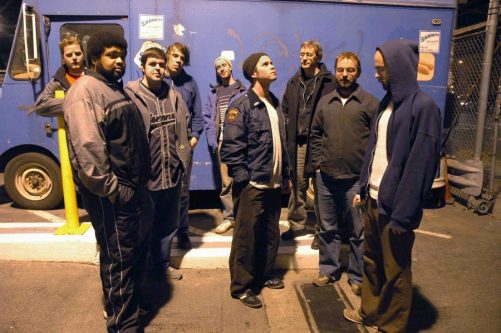