Xfm reboots its legendary indie-disco for Manchester featuring full live sets by Catfish and the Bottlemen followed by an all killer, no filler indie disco into the wee small hours with Xfm DJ Jo Good as the mistress of ceremonies.

Catfish and The Bottlemen play loud, explosive, sexy rock and roll songs – full of guitars and energy. The 4 piece from Llandudno, who met at school, have honed their amazing live show over the last 18 months, which sees vocalist and guitarist Van McCann climbing the walls and playing as though his life depends on it, whilst Billy Bibby (lead guitar), Benji Blakeway (bass) and Bob Hall (drums) keep up the action their end with powerful, thrilling tunes. After a summer blasting it out The Great Escape, Dot to Dot and Tramlines Festival this band is most definitely on our ‘the next big thing’ list.

Band on The Wall was voted NME Best Small Venue 2013 and Best Entertainment Venue at the Manchester Tourism Awards and Xfm has a national radio audience of just under one million listeners.

Doors open at 11pm. Early Bird tickets available for this night so the earlier you buy tickets the more you save! 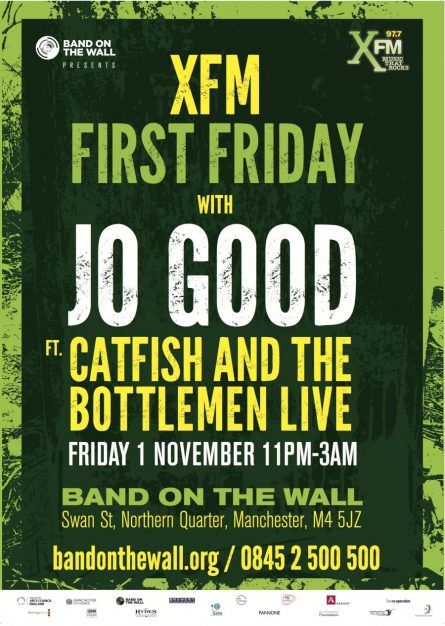