XFM’s monthly live show and club night is back with Master Of Ceremonies Tim Cocker as your host. Featuring the live sets from XFM ones to watch and an all-killer, no-filler indie disco courtesy of XFM presenters Tim and Hattie Pearson.

Following a brilliant First Friday performance in January, British indie pop band Young Kato are back with a new EP – an appetiser for what promises to be one of the most hook filled album releases of the coming 6 months. After their early 2014 tours with You Me At Six and sold out headline tour of their own, the band recorded 6 new tracks and chose the three that best define their new sound for this brand new release. ‘Sunshine’ – the lead track from the EP – is a soaring, beats driven, joy filled anthem with lead vocalist Tommy Wright’s uniquely rangy vocals over the top of Young Kato’s trademark synth and driving guitar sound. ‘Sunshine’ kicks the EP off with what promises to be another huge live favourite and follows that with more sublime indie pop that will no doubt cement the band’s reputation as one of the standout new acts of the last 12 months.

After the bands XFM DJs Tim Cocker and Hattie Pearson will take you into the wee small hours with a free entry indie disco. From game-changing classic anthems to new talent such as The Vaccines, Jake Bugg and Foals, you’re guaranteed to be dancing to the very best rock, indie and alternative music spanning both time and genre. 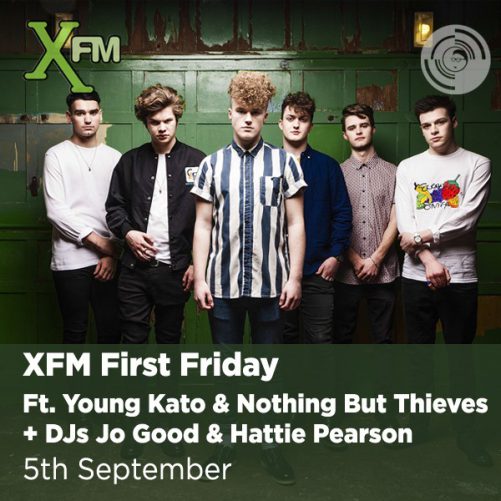