The Slow Readers Club are a Manchester based indie / electro band who’s output ranges from insanely catchy upbeat indie to angry, introspective downbeat and beautiful ballads. Their music has drawn comparisons with Interpol, The Killers and Arcade Fire.

After riding high on the indie scene for more than a decade and racking up hits such as ‘Mens Needs’ and ‘Cheat On Me’ and called “the biggest cult band in the UK” by Q Magazine, Ross Jarman of the Cribs will take to decks with his selections.

And of course, XFM DJs Tim and Hattie will be providing music that rocks until the early hours; from game-changing classic anthems to new talent such as Peace, Jake Bugg and Foals, you’re guaranteed to be dancing to the very best rock, indie and alternative music spanning both time and genre. 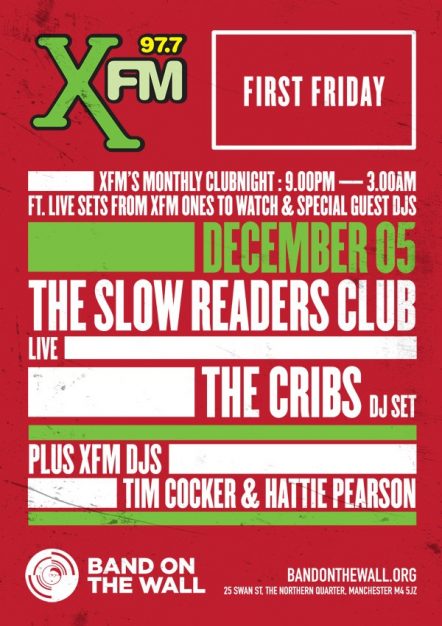