Band on the Wall is delighted to welcome back Snarky Puppy to work alongside some of the UK’s most exciting new musicians to create a special one off concert as part of the Wall of Sounds Artistic Director Series.

The concert is the culmination of a project which has seen 3 members of the Texas / New York ensemble  –  bass player and band leader Michael League, drummer Robert ‘Sput’ Searight and keyboard player Bill Laurance – leading a 5 day intensive residency to create new material with the specially selected artists.

For those who don’t know this incredible band – Snarky Puppy have in recent years gone from an underground secret to one of the most internationally respected names in instrumental music. The 3-time Dallas Observer Music Award winning group (“Best Jazz Act” 2008, 2009, 2010) fuses a deep knowledge and respect for musical tradition with sonic and conceptual innovation in a way that is able to reach the most critical- or most carefree- audience.

“Snarky Puppy is one of the most inventive in sound and funk since Maynard Ferguson’s fusion years.” The New Face of Jazz

This unique residency programme is delivered by Brighter Sound with Band on the Wall to offer emerging and mid-career musicians the chance to work with professional artists who are creatively and professionally exciting, and who have a depth of experience to share. The series previously saw 12 UK musicians working with The Unthanks in 2012 and more events are planned for the future.

This concert will begin at 8pm but our Picturehouse Cafe Bar is open from 5.30pm for delicious food and drinks. 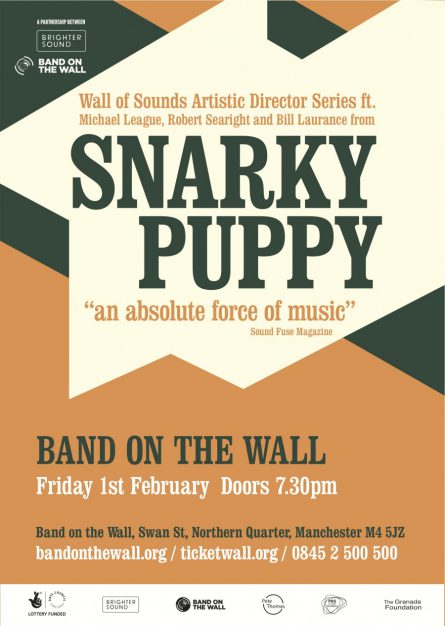