Band on the Wall continues its reggae season with the reggae party to upstage them all featuring a full live concert by the fabulous Twinkle Brothers plus the world famous Channel One Soundsystem featurin’ Mikey Dread keeping the good vibes and high times flowing into the early hours.

The Twinkle Brothers (Norman and Ralston Grant) are one of the best known original Jamaican reggae bands. Working with some of the seminal producers over the years including Lee “Scatch Perry”, Duke Reid and Bunny Lee, their much-loved songs include Give Rasta Praise; Beat Them Jah, Jah; Let The Music Play; Unemployment; Since I Throw The Comb Away and Faith Can Move Mountains. Always staying true to the foundations of their roots reggae sound and Rastafarian beliefs, their live show has given them global recognition, Norman Grant as the energetic front man dancing and singing alongside his congas drives any crowd and supported by a tight musically rich band.

Plus… Channel One Sound System

Channel One Sound System are one of the world’s best known dub reggae sound systems. Running for over 30 years, Channel One built up their reputation as one of the main sound systems at Notting Hill Carnival, now they play out every weekend all over the UK and Europe. Channel One is made up of selector Mikey Dread playing roots reggae and consious steppas, the sound is completed by MC Ras Kayleb.

This show starts at 8.30pm but our Picturehouse cafe bar will be open earlier for food and drinks. 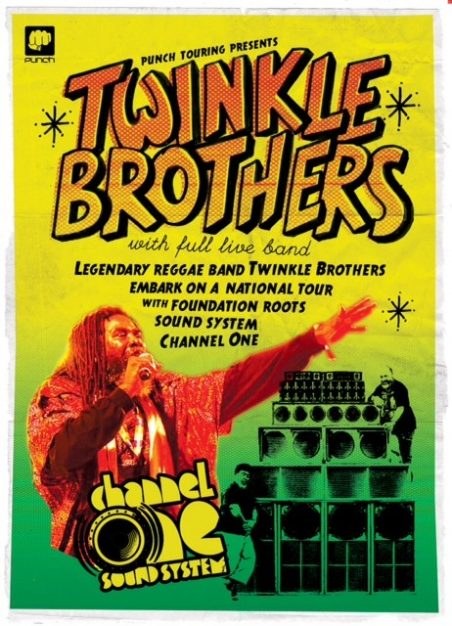