Tuxedo is Mayer Hawthorne (Aquarius) and Jake One (Taurus) – they are descendants of the one-word moniker family of funk, where you will find groups such as Chic, Shalamar, Plush & Zapp. They treat us to their latest self-titled album, with live vocals, keys and sampling this bank holiday weekend.

Their collaboration as Tuxedo began with an exchange of mixtapes back in 2006. The fruits of a long-standing kinship were three tracks that mysteriously showed up on internet doorsteps nearly two years ago. In between personal projects, these three tracks became a full album’s worth of Tuxedo, which is out now on Stones Throw Records. 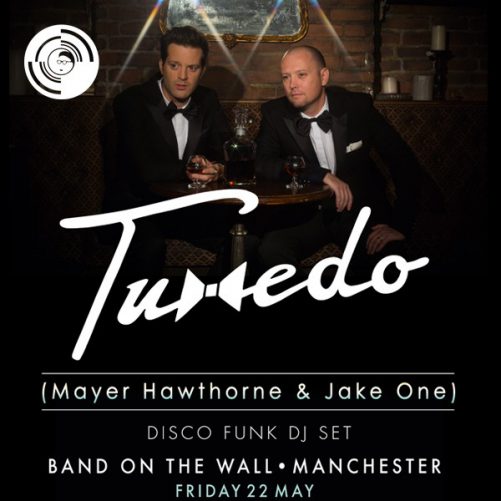