Trojan Records, the home of Reggae music since 1968, take over Band on the Wall for one night only, with Sheffield sound system Trojan Explosion and 2-tone star Rhoda Dakar (The Bodysnatchers).

Trojan Records isn’t just one of the most iconic British record labels – it has dictated fashion, influenced music and changed youth culture since its launch over 50 years ago.

Named after the Trojan truck used to transport Duke Reid’s sound system around Jamaica, the label was instrumental in introducing the sound of the island to the world at large. Over the years that have followed, Trojan has continually drawn upon its legendary roots to showcase the very best variety of musical styles, from ska and rock steady to roots and dub, releasing scores of major hits that have profoundly influenced the sound of popular music, with the likes of Desmond Dekker, Gregory Isaacs, Dennis Brown, John Holy, Ken Boothe, Toots & the Metals and a certain Bob Marley among its formidable roster of acts.

In 2018, Trojan’s commitment to championing the very best in quality bass influenced music was evidenced by a series of acclaimed releases, the award winning ‘Rudeboy’ documentary, the best-selling ‘Story of Trojan’ book and numerous high-profile events celebrating its half-centenary.

Now in its 51st year, Trojan aims to further build upon its profound legacy, promoting the sounds of Jamaica through new, exciting physical and digital collections, club nights throughout Europe, a radio show on Soho Radio and its involvement in a series of prestigious concerts. 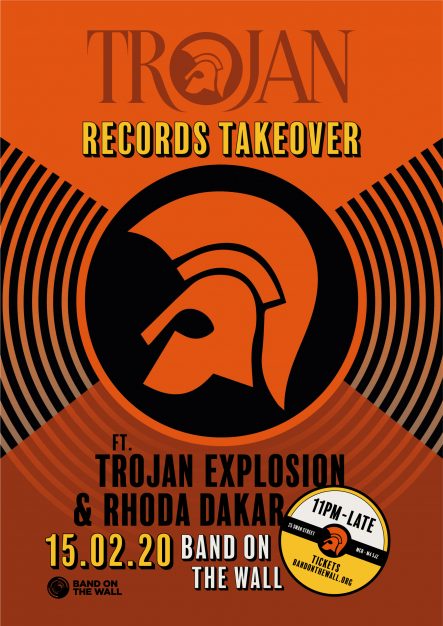