We’re very proud to welcome the recently reunited virtuoso progressive fusion band, who bring their heady cocktail of jazz, blues and rock to Band on the Wall for their first ever UK date.

Tribal Tech was established in 1984 featuring guitarist Scott Henderson and bassist Gary Willis producing debut album Spears in 1985. After several member changes by 1991, the band settled on what is considered its classic line-up with Scott Henderson on guitar and Gary Willis on bass, drummer Kirk Covington and Scott Kinsey on keyboards. It is this legendary outfit, and the one we’re delighted to announce is performing at Band on the Wall, that would give rise to a string of great works including Face First (1993), Primal Tracks (1994) Reality Check (1995), Thick 1999 and Rocket Science (2000).

Now this great line-up is back together on a world tour to promote new album X which sees these formidable and much-loved artists as tight and perfectly attuned as ever. Catch them in Manchester for what promises to be a classic night. 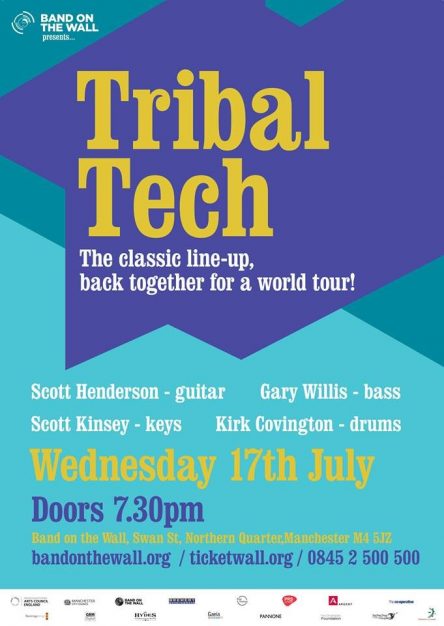