Transcension is a new group formed by fiery Canadian drummer Franklin Kiermyer and soulful UK saxophonist Nat Birchall, drawn together by  the similarities in their respective approaches, the two musicians have joined forces in this special collaboration. Both artists have been influenced by spiritual, devotional and folk music from all over the world, and especially the music of the John Coltrane quartet.

This new quartet also features two of the strongest young players from the New York and Philadelphia jazz scenes, pianist Davis Whitfield and bassist Nimrod Speaks. The group will be playing specially composed music for this project, written by the two co-leaders. Franklin Kiermyer first came to prominence following the release of Solomon’s Daughter, his third album that features John Coltrane alumnus Pharoah Sanders on saxophone. Widely regarded for his intense passionate energy, spiritual feeling and distinctive sound, his nine albums and many performances have brought his music international recognition. His 2014 album FURTHER, features saxophonist Azar Lawrence. Nat Birchall’s many albums on the Gondwana record label and his own Sound Soul & Spirit label have contributed to his acclaim as one of the UK’s greatest musicians. Known for his heartfelt playing and prayer-like compositions, he has spent his life devoted to the transformative power of music. His latest album “Invocations” will be released by Jazzman Records in September 2015. 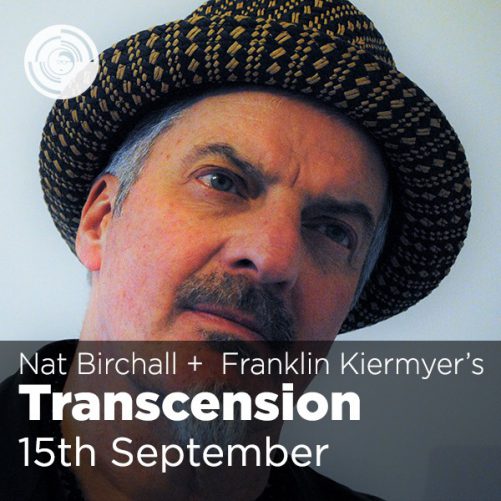