TOY head to Manchester in celebration of their new LP ‘Happy in the Hollow’.

Happy in the Hollow is entirely uncompromising: an atmospheric capturing of a state of mind that touches on Post Punk, electronic dissonance, acid folk and Krautrock. Familiar qualities like metronomic rhythms, warping guitars, undulating synths and Tom’s gentle, reedy vocals are all in there, but so is a greater emphasis on melody, a wider scope, and a combining of the reassuring and the sinister that is as unnerving as it is captivating.

Since 2010, TOY have earned a reputation as a band of integrity, virtuosity and taste, with Tom, Maxim, Dominic, Charlie and (joining in 2015) Max creating a sound that is embedded in the underground tradition, yet distinctly their own. Since their inception, they have released the acclaimed albums Toy (2012), Join The Dots (2013) and Clear Shot (2016), and toured everywhere from Serbia to China. 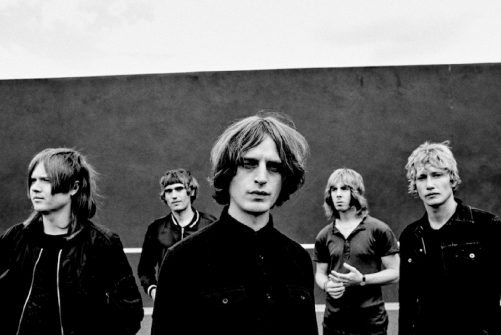