One of the founding fathers of afrobeat, Tony Allen’s drumming style has influenced generations of musicians over the past 50 years. An original member of Fela Kuti’s Africa 70 and the inventor of the distinctive afrobeat drum rhythm, Tony went on to collaborate with artists from King Sunny Ade to Damon Albarn, continuing to be a true innovator with his own music, drawing on electronics, dub, rnb + rap in a synthesis he refers to as ‘afrofunk’, clearing his own path and demonstrating the versatility and diversity of his composing and playing.

A tribute to Art Blakey
With his latest project, Tony realises a childhood dream: to play the music of the most African of the bebop fathers, Art Blakey. This same drummer who spent years in Africa, earning the nickname “Buhaina”, was a major influence on Tony from a young age. When he first heard an Art Blakey record back in Lagos in the early 60s, he thought he was listening to several percussionists playing at the same time, not imagining that a single drummer was playing his instrument. From there on, year after year, he too developed a unique & personal way of playing the drums as if it were an orchestra, building on the Art Blakey legacy.

Scheduled for release in Autumn 2017 on legendary jazz label Blue Note, with an EP due in Spring 2017, this tribute to one of the original inspirations that led to Tony creating afrobeat is a way of rounding the circle, with the world’s most famous afrobeat drummer, who has inspired so many other drummers, paying tribute to the source of his initial inspiration.This is a defining moment in the history of Jazz and Afrobeat and the relationship between the two genres. 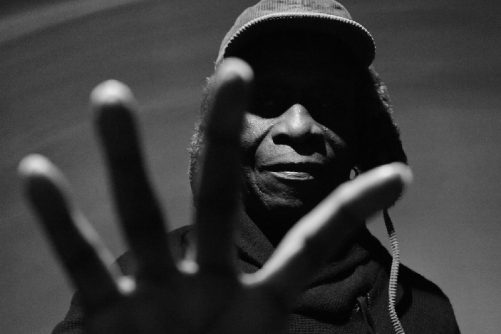