‘Discovery’ is a night for up-and-coming indie artists to put on a show and attract new listeners at one of Manchester’s most prestigious music venues – organised and promoted by students at the Manchester College.

Divenire – This Stoke-on-Trent band seems to be a hot prospect in the British music scene, with their energetic music and many small shows so far. They would describe their music as

“Goosebump-inducing emotionally powerful indie rock.” They are sure to impress!

NARA – A lesser-known band, although they are sure to rock the venue silly with their high energy and very skilled instrumentation. A mysterious band but a talented and exciting one none the less…

Charlie Dewhurst – An up-and-coming acoustic act with a powerful voice and an experienced sound, despite only being a teenager, with a lot of time to develop into a well-known and respected musician. 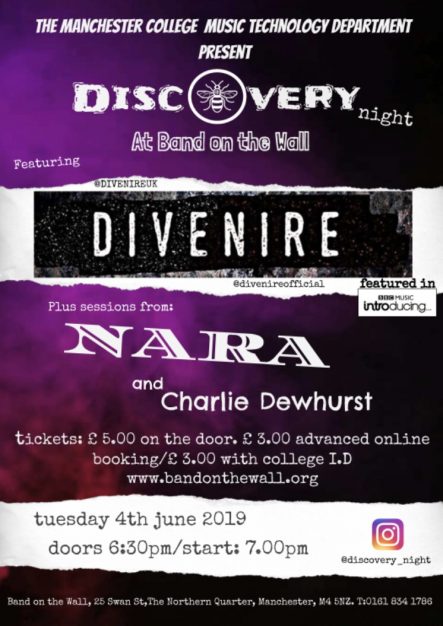