In association with Soundcrash and Red Bull Music Academy, we are thrilled to present an extra special live show from Detroit-based musician, producer and selector, Theo Parrish at The Ritz!

The word legend is overused. Theo Parrish is a legend in the full meaning of the word. Over the past two decades he has come to be regarded as a true great in electronic and soul music.  A graduate of the Detroit underground, Theo is famed for his own seamlessly genre-hopping productions as well as for his impeccable and inscrutable skills as a music selector, with sets swerving dangerously between house, funk, disco and techno and more.

His show at the Barbican sold out in only 6 days so be quick! 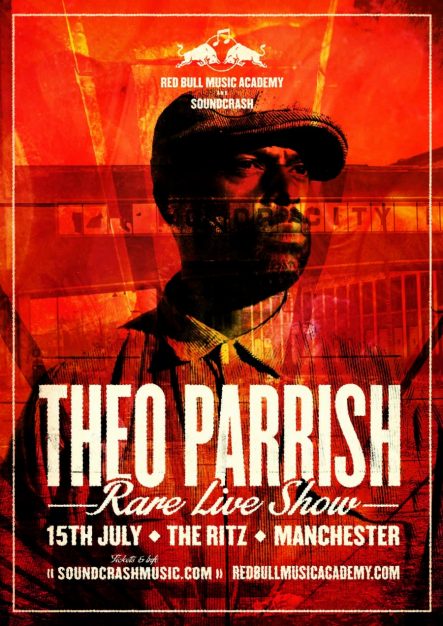