The Slow Show at the Royal Exchange Theatre, Manchester

The Slow Show have both a magisterial beauty to their songs and the confidence to let their spellbinding stories find their mark. Rarely since The Blue Nile has a band created such a powerful, fully realised world from what initially appears such a minimal framework.

On 18th December 2018 the band will play their first show in over a year at Manchester’s prestigious Royal Exchange Theatre, an evening that promises a triumphant return, featuring much of the new material the band have been working since 2016’s ‘Dream Darling’. The band promise that this is the beginning of a new chapter, with exciting news to come very soon including details of a new release. 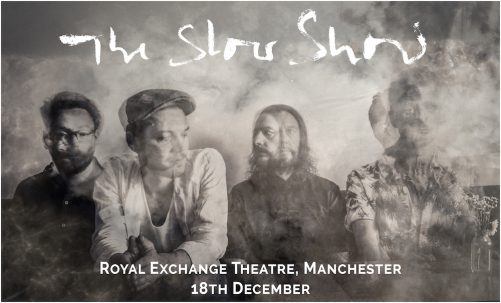