The Mouse Outfit is a 9 piece live band and production team centred around Chini (keys), Pitch (percussion/MPC) and Defty (bass). Their acclaimed debut album won UK hip hop album of the year 2013 (Wordplay Magazine) and was ranked in ABC News’ top 50 albums of 2013.

Fronted by UK hip hop legend Dr Syntax and verbal acrobat Sparkz, their horn heavy and funk driven live show combines original material with medleys of classic hip hop and bboy breaks, which has led the band to be a firm favourite at festivals and clubs throughout the UK.

Earlier in their career they built a loyal fan base supporting many of the world’s finest acts including Cinematic Orchestra, Chali 2na, Souls Of Mischief, Akil the MC and The Sugarhill Gang. Their reputation as a high quality live act resulted in two invitations to perform at the BBC’s legendary Maida Vale Studios in London.

Their recently released album Step Steadier has been extremely well received, with excellent reviews both in the UK and internationally, notably with a 4 ½ star review from ABC News. “These guys are destined for greatness. “Step Steadier” is guaranteed to be one of 2015’s best hip-hop albums. Jaw-dropping lyrical acrobatics meet some of the smoothest grooves you have ever heard.”

“A slick combination of quality samples and fiendish beats. The smorgasbord of soul, jazz, funk and reggae influences… some of Britain’s most promising emcees.” UK Hip Hop 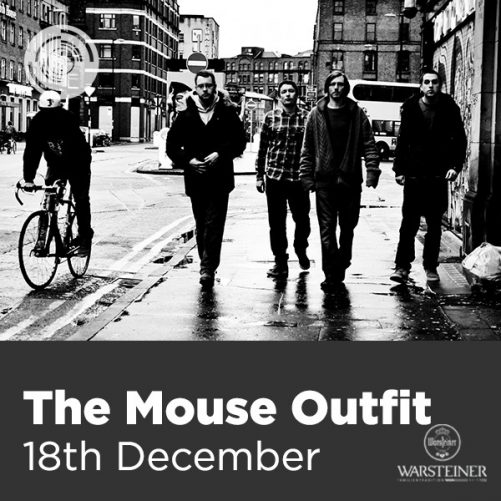