“Nothing quite prepares you for the sheer beauty of The Magic Number’s music.” Music OHM

The Magic Numbers exploded on to the British music scene in 2005 with their gorgeous hit singles Forever Lost and Love Me Like You. Riding high on the critical acclaim of their eponymously-titled album which received a Mercury Music Prize nomination the same year, the whole nation fell in love with their unique sound which infused a pop sensibility with complex but understated folk arrangements and melodies to die for.

Since that heady year the band have musically gone from strength to strength with the album Those the Brokes demonstrating the breadth of their artistic range and lyricism.

Known for their wonderfully intimate live concerts, their appearance at Band on the Wall promises to be one of the highlights of this year’s tour.

This concert will begin promptly at 8pm. 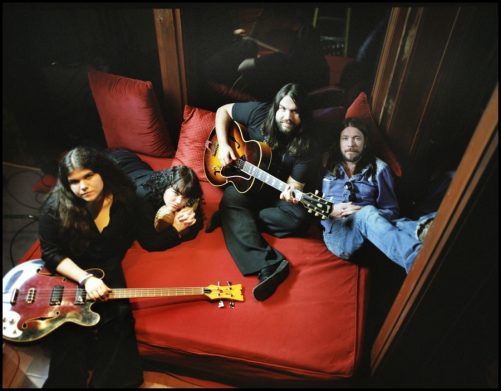