Captain Beefheart once said a carrot is a close as a rabbit gets to a diamond. Well now you can get up real close to one of greatest rock bands of all time performing live at Band on the Wall.

Think albums such as Safe As Milk, Shiny Beast (Bat Chain Puller) and Lick My Decals Off, Baby and you realise just how special this band are. Indeed their avant-garde, unfathomable, seminal album Troutmask Replica is regularly cited as one of the greatest albums of all time. Classic gnarled psychedelic blues tracks such as Electricity, Gimme Dat Harp Boy, Floppy Boot Stomp, Kandy Korn and I’m Going To Booglarize You Baby influenced and spurred on new generations of musicians. Like the The Velvet Underground they launched a 1,000 bands. Indeed, Tom Waits, Sonic Youth, The Kills, Edgar Broughton Band, Franz Ferdinand, The White Stripes, PJ Harvey, Beck and The Black Keys have all cited Captain Beefheart & The Magic Band as a major inspiration for their own musical directions.

Reformed back in 2003, and releasing such recordings as Back to the Front, 21st Century Mirror Men, and Live at Oxford, The Magic Band blew everyone away at All Tomorrow’s Parties in 2012 with their remarkable playing and stunning performance. Featuring original members from the group’s history including Safe As Milk drummer John ‘Drumbo’ French taking on Don Van Vliet’s gutteral vocals and Dadaist lyrics with remarkable success, this is a once-in-a-lifetime chance to get far closer than a rabbit ever did to this 24-carat band in the intimacy of Band on the Wall. Advance booking strongly recommended.

Early Bird Tickets £20 – save £5 on full price by booking early! Availability limited so grab them while you can!

This concert will begins at 8pm but our Picturehouse Cafe Bar is open from 5.30pm for delicious food and drinks. 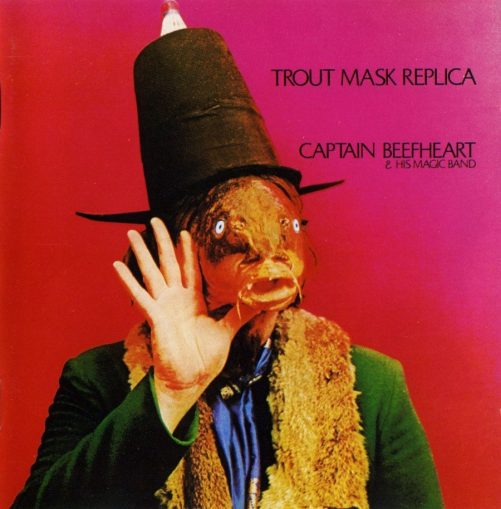