The Lone Bellow burst onto the scene with their self-titled debut in 2013. The Brooklyn-based band quickly became known for their transcendent harmonies, serious musicianship and raucous live performance – a reputation that earned them a hugely dedicated fan base. It has been three years since the band’s victorious ‘Then Came The Morning’ was released. Produced by The National’s Aaron Dessner, the album was nominated for an Americana Music Award. The band appeared on Jimmy Kimmel Live, the Late Show With David Letterman, Conan O’Brien, CBS This Morning, Later…with Jools Holland and The Late Late Show With James Corden in support of the album. In the years since the release, the band left their beloved adopted home of Brooklyn and moved to Nashville. Now, The Lone Bellow is back with a new LP, ‘Walk Into A Storm’ , and a string of live dates including a return to Band on the Wall. The album is produced by legendary music producer Dave Cobb (Chris Stapleton, Sturgill Simpson, and more) and features lead single ‘Time’s Always Leaving.’ 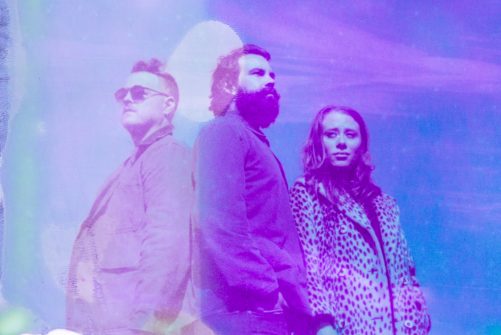