Once labelled “the hardest working band in Britain” by Radio 1, (over 340 gigs in one year), the Manchester band built-up a massive UK fan base during the early 80’s, releasing three albums and 7 singles, including the airplay hit “Spirit In The Sky.”

Signing to the re launched Parlophone label in 81, the band recorded Radio 1 sessions for Mike Read, Kid Jensen, Janice Long, Tommy Vance and Mark Radcliffe, (who was a young producer working at Piccadilly Radio). The 4 –piece R&B band never troubled the charts, but played just about every live venue in the UK, including many a sweaty night at Band On The Wall.

Apart form their UK following the band built up a massive Scandinavian fan base after the editor of a leading Norwegian music magazine put them on the front cover, proclaiming they were “better than Man United!” During one Scandi tour The Cheaters became the first UK band in over 10 years to play gigs above the arctic circle!

This concert begins at 7.30pm. 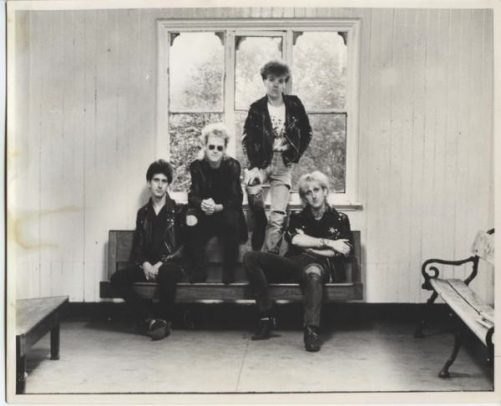