The Aristocrats at Manchester Academy 2

Over the past eight years The Aristocrats have released critically acclaimed albums, toured the world, and established themselves as one of the most musically original, refreshingly irreverent, and astoundingly entertaining instrumental rock-fusion acts on the planet. Anyone who’s witnessed their live musical high-wire act – employing random amounts of rock, jazz, pop, metal, and even traditional country – can attest that it is informed by the spirit of a true band, one whose improvisational soul allows for anything to happen onstage at any moment… including the occasional wink and nod at the audience.

Marco Minnemann is widely seen by fans and peers as one of the most gifted, innovative, cutting-edge drummers in the world. He’s graced the covers of several drum magazines (including Modern Drummer) and enjoys an ultra-versatile sideman career (Adrian Belew, UKZ, Steven Wilson, Joe Satriani, Necrophagist, Steve Hackett). Perhaps less known: Marco is also a multi-instrumentalist and compulsively productive composer with over twenty CD & DVD solo releases to date. 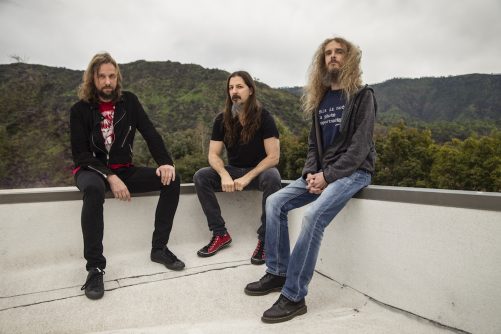