Industrial Agitators Test Dept perform at Band on the Wall off the back of the release of their new album ‘Disturbance’.

The group return to the fray with a call to action, having re-emerged in recent years to engage in the cultural and political climate, utilising their extensive archive and exploring new ways of expression in a strategic programme of actions including performance, installation and the publication of their book ‘Total State Machine’. ‘Disturbance’ continues this process of exploration.

Test Dept have looked at the through-lines in the themes of their early works, which expressed an opposition to the expansion of the neo-liberal consensus; and now, in these politically turbulent times, have produced a work from within the maelstrom of its demise. A document of creative resistance and a radical response of social solidarity against the straightjacket of mediocrity.

The pair wanted to sort through Test Dept’s old recordings to “re-establish our history and get our music out there again” after record label red tape left many of their fourteen albums out of print.

Live dates at various festivals in the UK and around Europe were scheduled in 2017, leaving Cunnington and Jamrozy wondering what to play and how to play it. “We knew we wouldn’t want to do a greatest hits” says Jamrozy. So instead their process of remixing songs from their past became a process of remaking them for the stage. When attention turned to the “next logical step of a new album”, an idea emerged – taking germs of ideas from old songs and turning them into new, sledgehammer-heavy sonic experiments full of powerful protest poetry. Politics had come full circle. It felt fitting to do the same with their music.

The result is an album that at once peers into the past and roars into the future, across eight tracks that conjure the raw power of Test Dept in their original 1980s incarnation, while adding new elements. 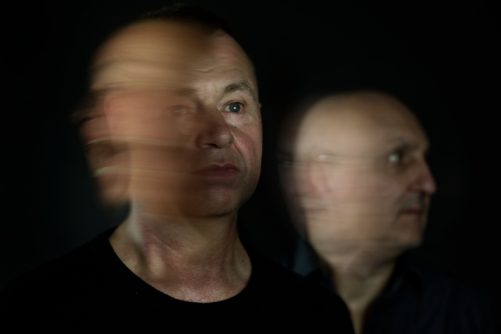