Based on the original disco ‘re-edit’ tradition of pioneering DJs like Larry Levan and Ron Hardy in the US, and Greg Wilson and Harvey in the UK, Disco Deviance is currently regarded as one of the very best disco edits imprints in the world.

Pete Herbert (LSB and Reverso 68) and Dicky Trisco (Boogie Corporation) have produced some of the biggest releases on the imprint so far and DJ together regularly at Disco Deviance parties around the globe where they push their highly infectious take on the disco sound.

Social Disco Club is from Portugal and is one of the most in demand DJs on the Balearic disco scene, he’s also one of the freshest producers, having released on labels such as Bear Funk / Eskimo / Tirk / Disco Deviance / Permanent Vacation / Wiskey Disco / Strut / Gomma.

Check out the following SoundCloud pages for a taste of what to expect at Stretch Disco:

This event begins at 9pm but our Picturehouse Cafe Bar is open earlier for drinks and good vibes. 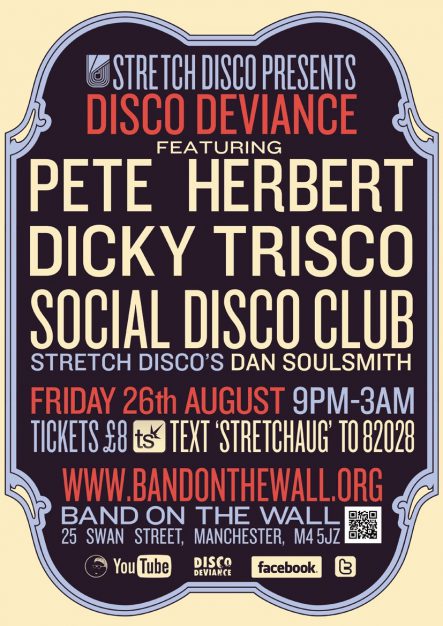