Stretch Disco proudly presents one of the pioneers of electronic dance music. From original acid house and techno tracks to drum & bass beats, Manchester’s own A Guy Called Gerald will be playing an exclusive influences set.

“This is a rare opportunity for me to play the blueprint to the music I make today.” A Guy Called Gerald

As a teenager during the early 80s Gerald religiously attended Greg Wilson’s weekly Wednesday night residency at Legends (now 5th Avenue), absorbing fresh electro-funk cuts during a time when live recorded music was being more heavily fused with electronic sounds, a pre-cursor to the sampling era of Hip Hop production. Only a few years later and Gerald would be sending demo tapes to Stu Allen at Piccadilly radio for his local talent showcase. The demos were heard by Rham Records in New Brighton who decided to release Voodoo Ray and a legend was born.

Make sure you reach Stretch Disco at Band on the Wall for this special night. Expect a journey through the worlds of Jazz, Funk, Soul, Disco, Electro and Chicago Acid House with A Guy Called Gerald at the controls.

Stretch’s Dan Soulsmith will be priming the time machine between 11pm and midnight.

This event will begin at 11pm but our Picturehouse Cafe Bar is open for drinks and good times from 5.30pm 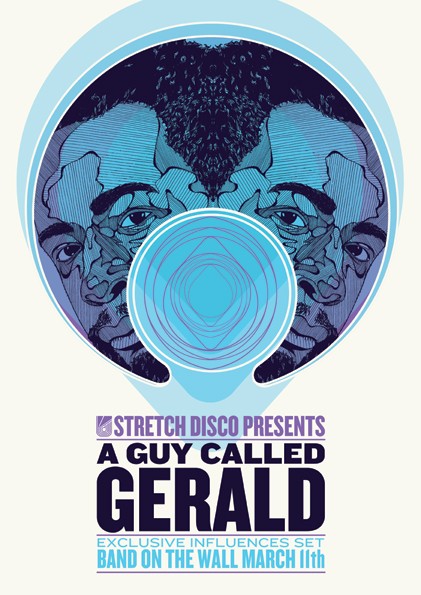