The Steve Williamson Experience provides a unique journey around the sonic potential of music as a true art form that can change our state and make us feel better. Through his lifelong study of harmonics, Steve believes that music should soothe and heal as well as entertain and uses primordial tones that speak directly to the essence of who we are, blending classical and jazz to create an entrancing, life-enhancing, soul-advancing combination that will have you leave the concert a different person to the one that arrived.

So join us to witness one of Britain’s greatest musical achievements, Steve Williamson, who alongside his trio, is joined by members of the incredible StringTing to create a unique, compelling DNA-level musical experience.

Steve Williamson is joined by two exceptional young musicians who have gone through Tomorrow’s Warriors Artist Development Programme. Alumni of the programme include musicians like Moses Body, Nubya Garcia, Shabaka Hutchings and Ezra Collective, who are currently redefining the sound of jazz and gaining praise on an international stage. Zoe Pascal is a talented young drummer who has been wowing audiences throughout Europe in his band Zeñel. Double bassist Hamish Moore leads his own ensemble Soft Power, as well as playing in Nye Banfield Quartet and Levitation Orchestra.

StringTing is a flagship ensemble from Tomorrow’s Warriors, the celebrated hothouse for young jazz talent in the UK. Mentored by acclaimed bassist and artistic director, Gary Crosby OBE, StringTing are blazing a wide trail for women and strings in jazz, StringTing’s musicians are core players in Tomorrow’s Warriors’ acclaimed Nu Civilisation Orchestra and are ones to watch as they begin to make an indelible mark on the London jazz scene. Steve will be playing new music commissioned by Tomorrow’s Warriors with support from the PRS Foundation Open Fund.

For everyone who loves music, and is excited by the future, don’t miss it!

Produced by Tomorrow’s Warriors and presented by Band on the Wall. 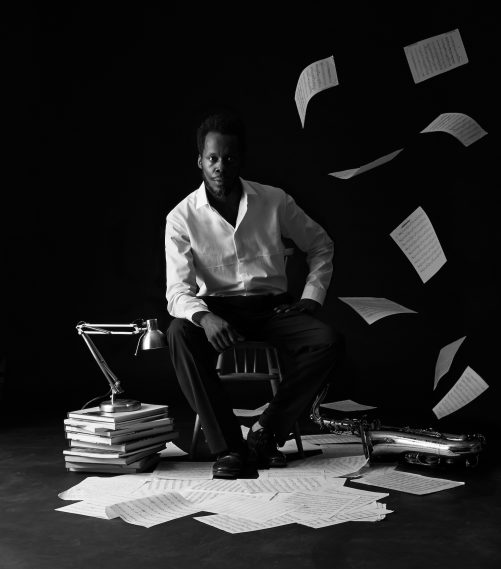