Band on the Wall continues its funk club sessions with a full-on late night party featuring the glorious funksters Gizelle Smith & The Might Mocambos followed by Step Up! DJs ’till 3am.

Ever since their first collaboration on the Mocambo Funk Forty Fives compilation, things have gained momentum for Gizelle Smith, the “Golden Girl of Funk”, and the much respected Hamburg-based label and live band The Mighty Mocambos. Their first single “Working Woman” became an overnight smash and a prime-time club favourite of funk & soul DJs from all over the world. With the 2009 release of This Is Gizelle Smith & The Mighty Mocambos, the band shifts up a gear with blazing horns, soulful guitars, driving drums and basslines combined with Gizelle’s gripping and powerful voice. Time to dunk the funk and dance it up!

Followed by Matt Halsall, Kelvin Brown and Agent J at the decks guiding in the mothership till 3am.

A Band on the Wall ‘Round Midnight late night session. 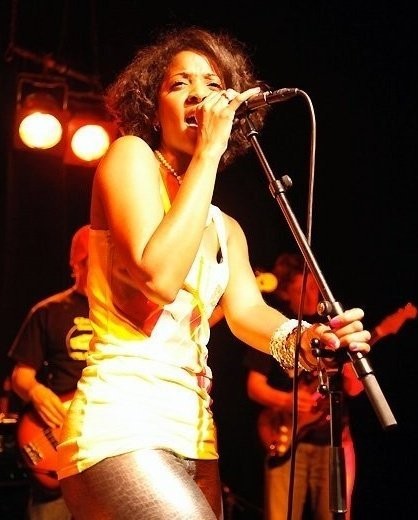