In addition to the early success that the band has had with their recordings, they have also found a home on the road. The band has performed in 15 countries on three continents and averages over 150 shows in a typical year, making the group one of the most sought-after live performance experiences. Their high-energy shows have captivated audiences around the globe, making this eclectic group a must-see at venues and festivals alike. 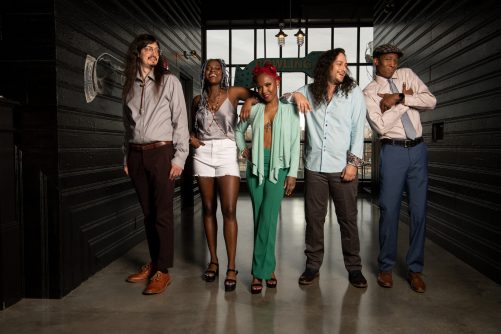