Since first arriving on the Canadian scene at the turn of the millennium, the Souljazz Orchestra has never stopped pushing the limits of its signature sound: an explosive clash of sour, jazz, afro, latin and Caribbean styles, unleashed by blaring majestic horns, dusty vintage keyboards, and an arsenal of earthquaking percussion.

Now celebrating its 14th year, the Souljazz Orchestra continues its impressive run of memorable albums while years of relentless touring have formed the Souljazz Orchestra’s live concerts into the stuff of legends – more often than not culminating in ecstatic, sweat-soaked, cathartic affairs, mixing pulsating arrangements with eruptive improvisations.

So far, the Ottawa-based sextet has been fortunate enough to bring its dynamite show to over two dozen countries across the globe, sharing bills along the way with heavyweights such as Stevie Wonder, Bob Dylan, and Femi Kuti and they showing no signs of slowing down – “Souljazz is more than just a band for us, it’s a way of life” 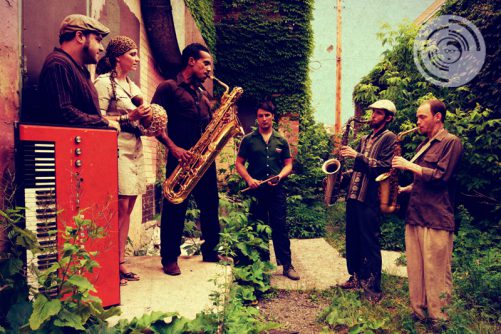