Music for your brain and booty. Brooklyn’s Snarky Puppy bring their dazzling, genre-bending, jazz/funk/dance fused sounds to The Wardrobe, Leeds for a night of exhilarating music.

With the release of their last two live CD/DVDs, Snarky Puppy has gone from an underground secret to one of the most internationally respected names in instrumental music.

The 3-time Dallas Observer Music Award winning group (“Best Jazz Act” 2008, 2009, 2010) fuses a deep knowledge and respect for musical tradition with sonic and conceptual innovation in a way that is able to reach the most critical- or most carefree- audience.

“Snarky Puppy is one of the most inventive in sound and funk since Maynard Ferguson’s fusion years.” The New Face of Jazz

This event will begin at 8pm but The Wardrobe Cafe Bar is open earlier for delicious food and drinks. 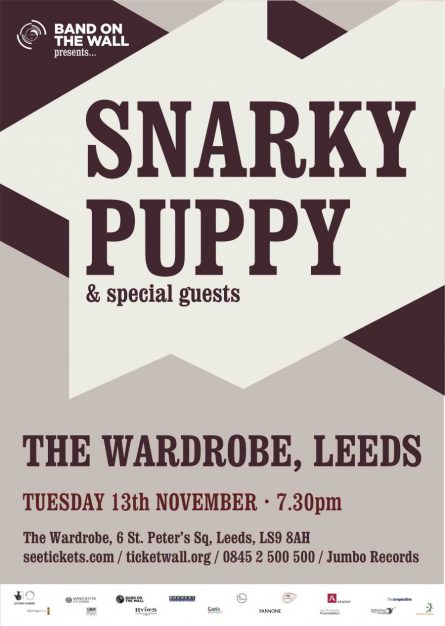